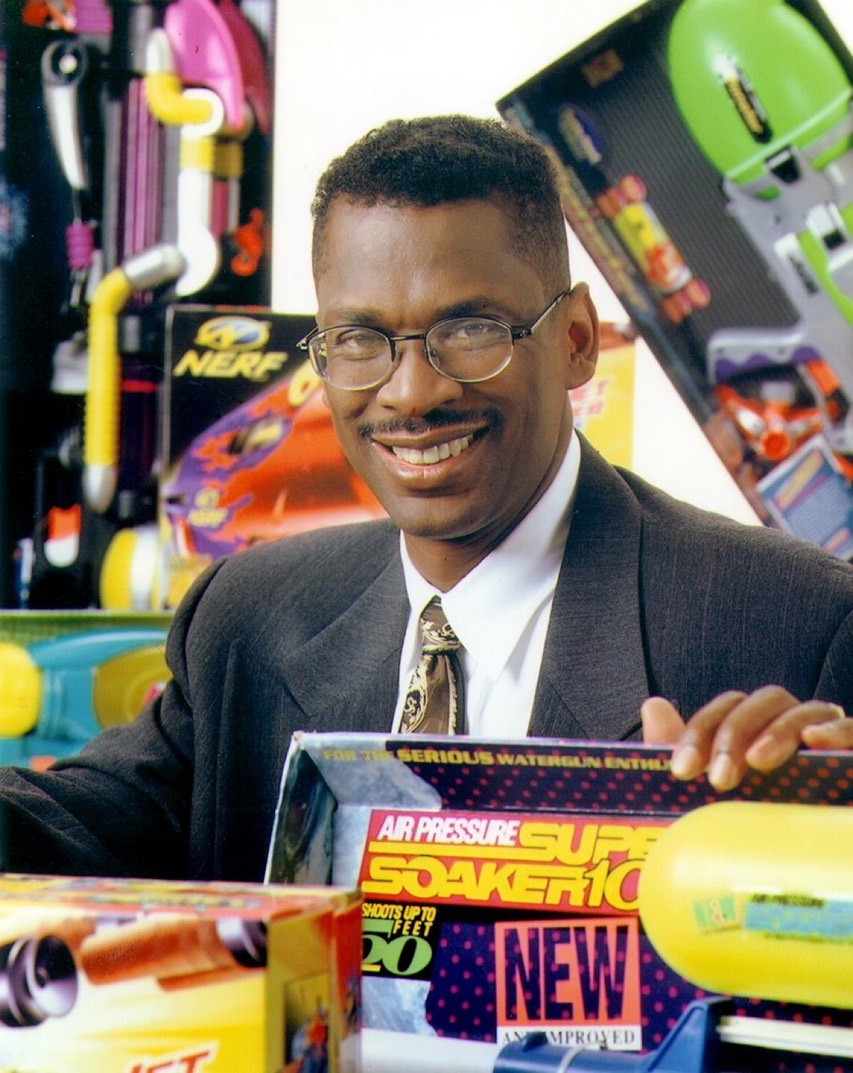 Lonnie George Johnson is an American inventor and engineer who holds more than 80 patents. Johnson is most known for inventing the Super Soaker water gun, which has ranked among the world’s top 20 best-selling toys every year since its release. Johnson attended an all-black high school “Little B. High School”. He earned a B.S. in Mechanical Engineering and a M.S. in Nuclear Engineering from Tuskegee University (The campus of Tuskegee University was designed by architect Robert R. Taylor, the first African American to graduate from the Massachusetts Institute of Technology.). After college, Johnson joined the U.S. Air Force, where he helped develop the stealth bomber program. Later, he worked at NASA on Galileo’s mission to Jupiter. More recently, he teamed up with scientists from Tulane University and Tuskegee University to develop a method of transforming heat into electricity with the goal of making green energy more affordable – Wikipedia.