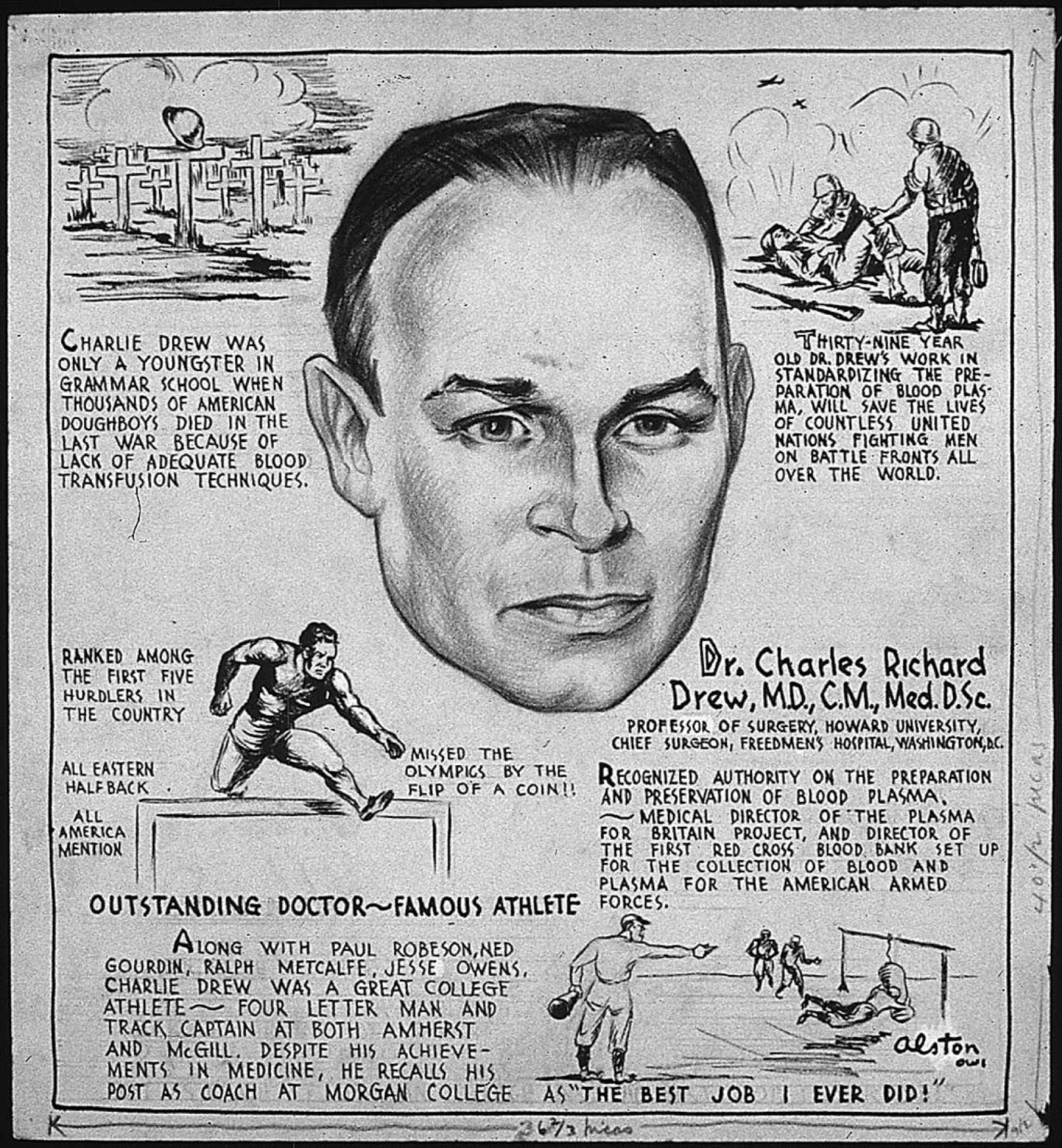 Charles Richard Drew was an American physician, surgeon, and medical researcher. He researched in the field of blood transfusions, developing improved techniques for blood storage, and applied his expert knowledge to developing large-scaleblood banks early in World War II. This allowed medics to save thousands of lives of the Allied forces.[1] The research and development aspect of his blood storage work is disputed. As the most prominent African-American in the field, Drew protested against the practice of racial segregation in the donation of blood, as it lacked scientific foundation, an action which cost him his job.

In 1941, Drew’s distinction in his profession was recognized when he became the first African American surgeon selected to serve as an examiner on the American Board of Surgery. Drew had a lengthy research and teaching career and became a chief surgeon. – Wikipedia.