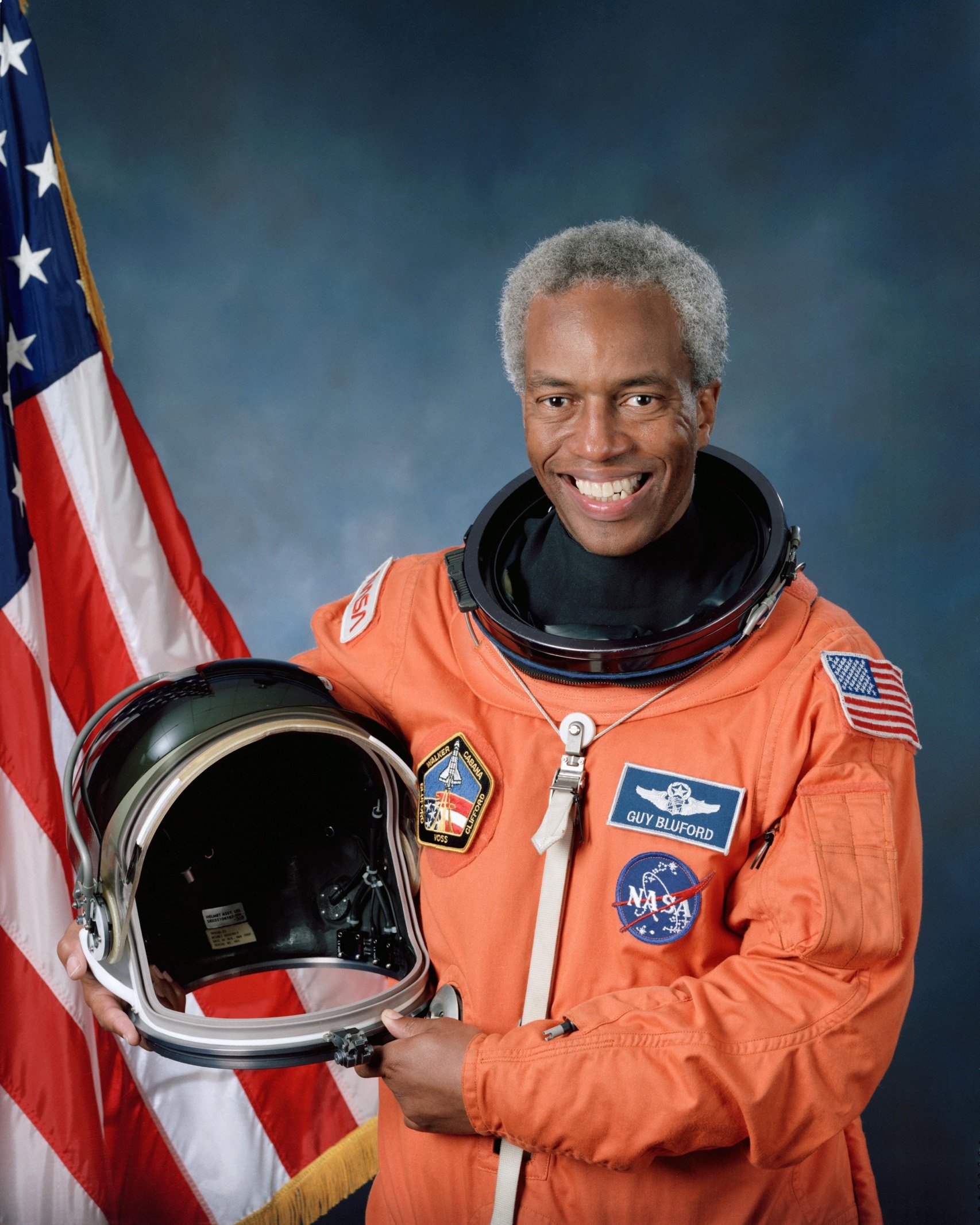 Dr. Guion Stewart “Guy” Bluford, Jr. is an engineer, NASA astronaut, and the first African American in space. Before becoming an astronaut, Bluford was a Colonel in the U.S. Air Force. He participated in four Space Shuttle flights between 1983 and 1992. In 1983, as a member of the crew of the Space Shuttle Challenger on the mission STS-8, Bluford became the first African American in space as well as the second person of African ancestry in space, after Cuban cosmonaut Arnaldo Tamayo Méndez.

He was inducted into the International Space Hall of Fame in 1997, and inducted into the United States Astronaut Hall of Fame in 2010. In 2002, scholar Molefi Kete Asante listed Bluford on his list of 100 Greatest African Americans. In 2006, Bluford was recognized as a distinguished alumnus of Penn State by being selected as the Grand Marshal for his alma mater’s Homecoming celebration – Wikipedia.