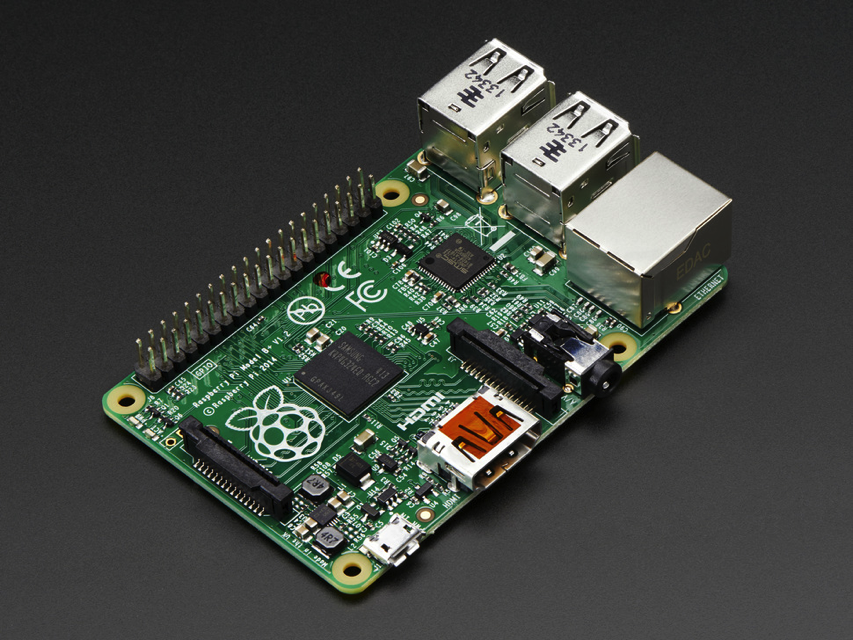 pi-ltsp.net has a great post that explains kernels on the Raspberry Pi.

What is a kernel?

“In computing, the kernel is a computer program that manages I/O (input/output) requests from software, and translates them into data processing instructions for the central processing unit and other electronic components of a computer. The kernel is a fundamental part of a modern computer’s operating system.” – Wikipedia

The kernel is a vital part of Raspbian (and any operating system), it is the bridge between the computer hardware and the software on top. It is incredibly complex and is generally just huge! The standard Linux kernel currently (February 2015) has over 17 million lines of code contributed by over 13,000 people.
It contains all the drivers/modules required to work with the hardware. Sometimes if you want a very specialist piece of hardware to work, you may need to compile your own kernel.

The kernel for the Raspberry Pi can be found on the /boot partition (the FAT32 partition you can open on Windows, Mac and Linux).

For the Raspberry Pi 2 (B) it is called kernel7.img.

The kernel is one of the few bits of software that wasn’t able to run on both the Raspberry Pi 1 CPU (ARM6) and the Raspberry Pi 2 (ARM7) with the same version.
Instead the 2 versions had to be compiled separately and the firmware selects the correct one depending on the hardware it detects on boot.

There are 2 main sources for Raspberry Pi kernels. Both have their advantages and disadvantages.

The Raspberry Pi foundation kernels are the official kernels the Raspberry Pi is shipped with. They are considerably more stripped down than the Raspbian team kernels, but are always the most up to date. For new hardware (like the new USB chip in the B+ or new CPU in Raspberry Pi 2 B), they available on day 1 of the hardware release.

They have a number of issues including not being correctly in line with the standard Debian kernels and lacking the header files, required to build custom kernel modules with.

They also don’t follow the normal installation method and package names in the Raspbian software repositories. For the average user though, these 2 downsides make no difference.

The kernel is though currently lacking AUFS support. AUFS is a virtual module for Raspi-LTSP.

One of the extra modules they include is AUFS, a vital module for Raspi-LTSP network booting that is currently missing from the Raspberry Pi foundation kernels.

One of their major downsides though is they usually arrive quite a bit later than the Raspberry Pi foundation kernels, sometimes a number of weeks later.

Raspberry Pi Kernel-o-Matic: If you’re ever needed to compile the Linux Kernel on a Raspberry Pi, you’ve probably noticed that it takes a long time. We sure have.

If you have a desktop computer or a laptop with decent hardware specs, it seems like there ought to be an easy way to use all that processing power to generate a new kernel for your Pi, but it can be tricky to figure out the specifics. Enter the Adafruit Pi Kernel-o-Matic, which uses Vagrant to run a virtual machine pre-configured for compiling kernels and produces a package suitable for installation on a Raspbian machine.

Vagrant is for “creating and configuring virtual development environments”. What does that mean? Well, really, it’s a simple way to set up a virtual machine (VM) running an operating system of your choice. It uses VirtualBox to run VMs, and works on OS X, Windows, and Linux. Read more.