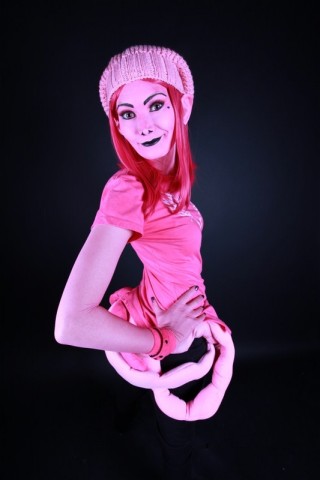 The comic Saga by Brian K. Vaughan and Fiona Staples has all sorts of bizarre and memorable characters, such as Prince Robot IV. Izabel is another interesting one; she’s a ghost (called a Horror in Saga world) who has no legs. Her intestines and entrails hang out of her shirt. Her scary appearance is deceiving though because she’s rather friendly. Cosplayer Mai Sheri became interested in the character and thought it would be a good challenge to figure out how to make her legs “disappear” while in costume. She made it simple by wearing black pants and as you can see in the above photo, it sells the illusion in photos with a dark background.

Mai Sheri knit the slouchy pink hat from scratch, made a nose prosthetic, and painted prosthetic ears. Here’s how she made the guts:

The character’s exposed guts are one of her defining features, and unfortunately just the way things worked out, they were the last thing to get done. Mere hours before the Snailoween party I was sewing lumpy tubes out of all the different pink fabrics I have in my stash and KW Iron Man was being the best boyfriend and stuffing them while I cut and sewed. Keeping things simple, I just safety-pinned the intestines to a belt. They ended up being a lot more voluminous than I had been picturing which gave me problems with the fit of the shirt, but the longer I wore it, the more I decided I like how they sit.

Watch the video to learn more about how the costume came together. 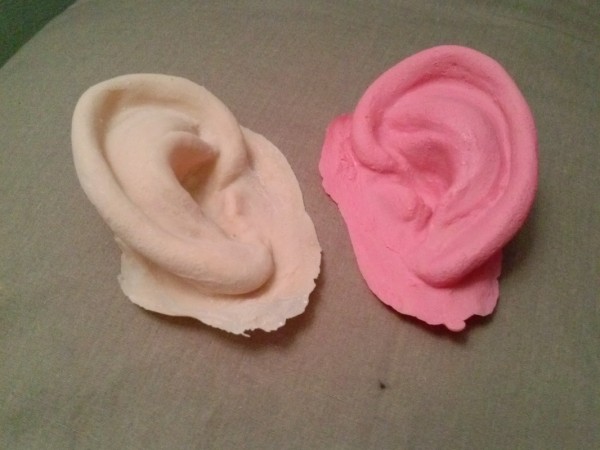 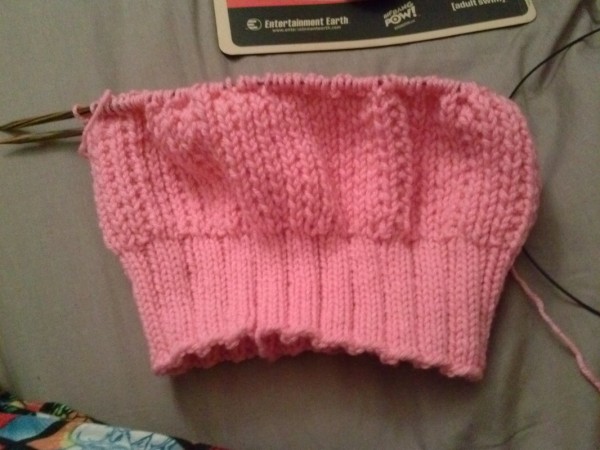 Read more about the Izabel costume at Mai Sheri’s blog.

Comments Off on Saga Izabel Costume