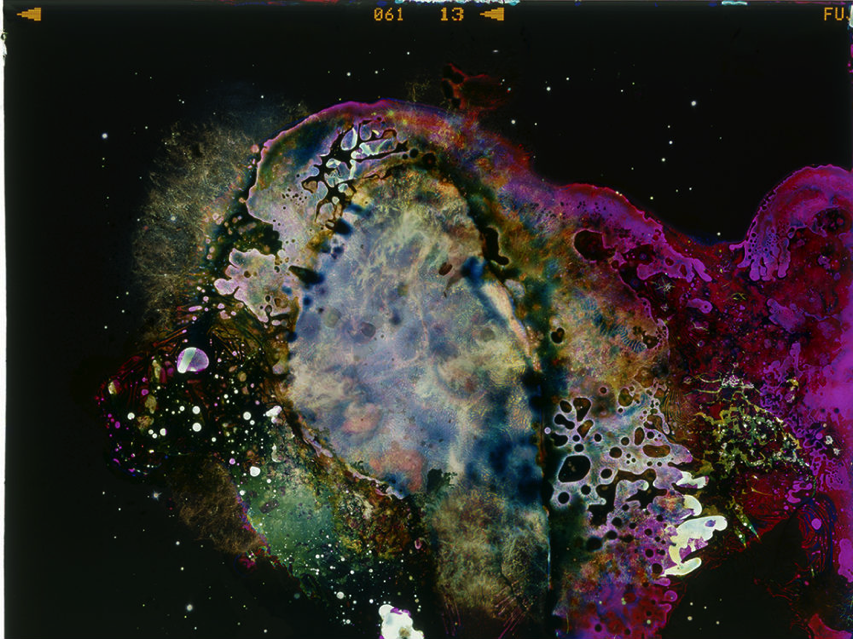 Wired has an interesting piece on photographer Marcus DeSieno, who photographs bacteria in a really stunning way.

Marcus DeSieno very well may have grown up a germaphobe, but you’d never know. The photographer works in the medium of germs, and to beautiful effect. In Cosmos, his most recent series, DeSieno uses bacteria harvested from the most unseemly places—subway poles, toilets, iPhone screens—to turn cosmic images taken from the Hubble into abstract blurs of color and shape.

Growing up DeSieno was horrified by the thought of touching dirty things. “I was absolutely terrified of germs,” he says. He’s since turned that neurosis into inspiration for his work (you should see his parasites series). Cosmos is perhaps his most courageous battle with that old fear. Today, DeSieno has a studio filled with petri dishes, parasites and “really bad taxidermy.” To date, he has bacteria colonizing on more than 500 strips of film with the goal of finding at least a few that will turn into this abstract art.

DeSieno’s work looks more like painting, with its woozy blending of color and texture. To achieve this, he begins by swabbing bacteria from just about anywhere. “I carry these sterile swabs and bags everywhere I go,” he says. He then swipes the swabs onto Hubble images he’s copied onto slide film. These strips of film are covered in agar to promote the colonization of bacteria. After a few days in the car trunk or under the sink, the bacteria eats through the agar and begins attacking the film, stripping the original colors and forms. DeSieno then scans the film to produce large prints (most are 30×40 inches).

The swirls of colors are more the result of bacteria doing its thing than any artistic decision. Bacteria in this case can act like a paintbrush, making what DeSieno calls painterly gestures. “Oftentimes I feel like I’m relegated to the role of editor,” he says. This lack of control in the creation of his images is reflective of the artist’s goal. Cosmos, you can imagine, is in part about DeSeino’s struggles to understand his place in the vastness of our universe.

On a philosophical level, it’s a reminder that so much of our lives is governed by things we can’t see. On a more tangible level, it’s just a cool process. Cosmos is a clever re-thinking of what it means to create a photograph. In this case DeSieno is using the real world to impact a representation of the real world. Using bacteria to do it, isn’t necessarily the prettiest process—“it smells horrible,” he says. “But you have to make sacrifices for your art I guess.” 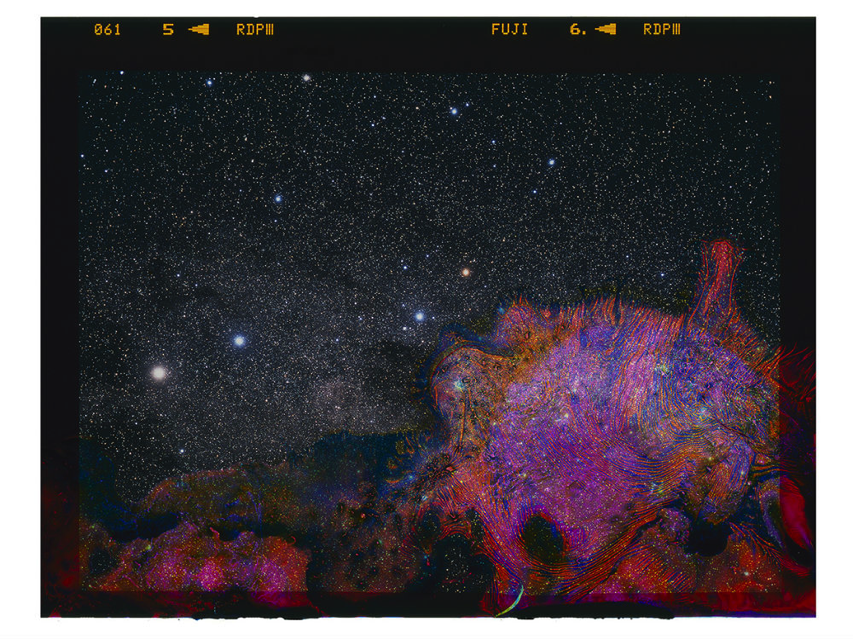