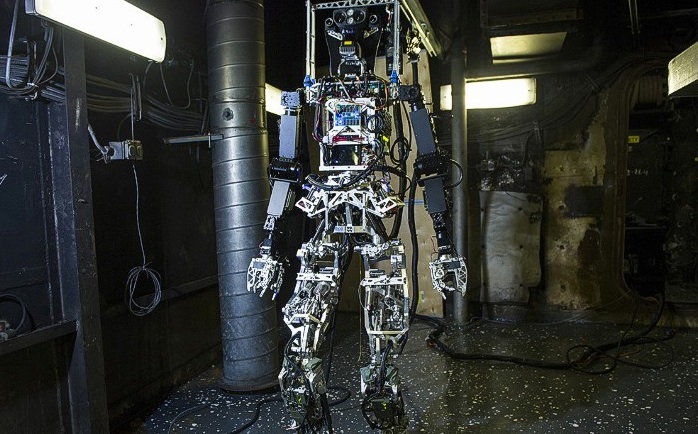 It wasn’t the screech of cannonballs, the thud of grappling hooks or the crack of muskets that most terrified the sailors of the Spanish Armada in the 16th century, but fire.

More than 400 years later, however, and fire is still one of the gravest threats to shipboard life.

Shipboard procedures such as fire drills, on-board alarms and locking fire doors may have gone a long way to mitigating the danger of fire at sea, but the US Navy is looking at new technology to help it battle the threat.

Its latest solution is to send fire-resistant metal men into the smoky, red-hot holds of its fire-stricken warships, throwing fire retarding grenades and assessing damage with a camera that can see through smoke.

Called the Shipboard Autonomous Firefighting Robot (SAFFiR), the team at the Office of Naval Research (ONR) chose a humanoid-type robot as the best way of negotiating the narrow passageways, ladders and hatches (all designed for human mobility) of a modern ship.

“Every compartment and passageway on a ship is designed for human occupation and mobility,” Dr Thomas McKenna, ONR program manager for human-robot interaction and cognitive neuroscience, told CNN.

“There are numerous barriers, like sills, that would block a wheeled robot. In addition, a humanoid robot can use firefighting gear designed for humans, such as protective coats, backpack fire suppressants, hand-held sensors and hose nozzles,” he said

“The long-term goal is to keep sailors from the danger of direct exposure to fire.”

Shipboard fires, he said, throw up a different and more urgent set of problems than fires on land.

“Shipboard fires must be suppressed, whereas in many civilian fires, a building can be considered a loss and the focus might shift to containing the fire to prevent spread,” he told CNN.

“On a ship, fire suppression is critical to the survival of the ship and its personnel; confined spaces, smoke, heat and gases can be a threat to humans.”

Developed by researchers at Virginia Tech and sponsored by the ONR, the SAFFiR prototype was tested aboard the decommissioned warship USS Shadwell last year and unveiled at the Naval Future Force Science & Technology EXPO this month. 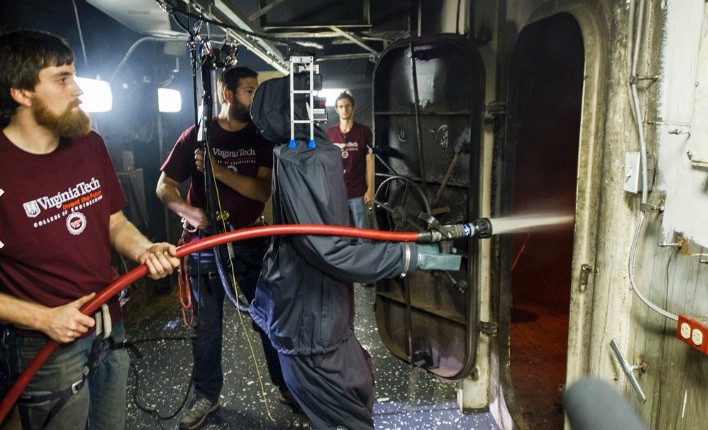