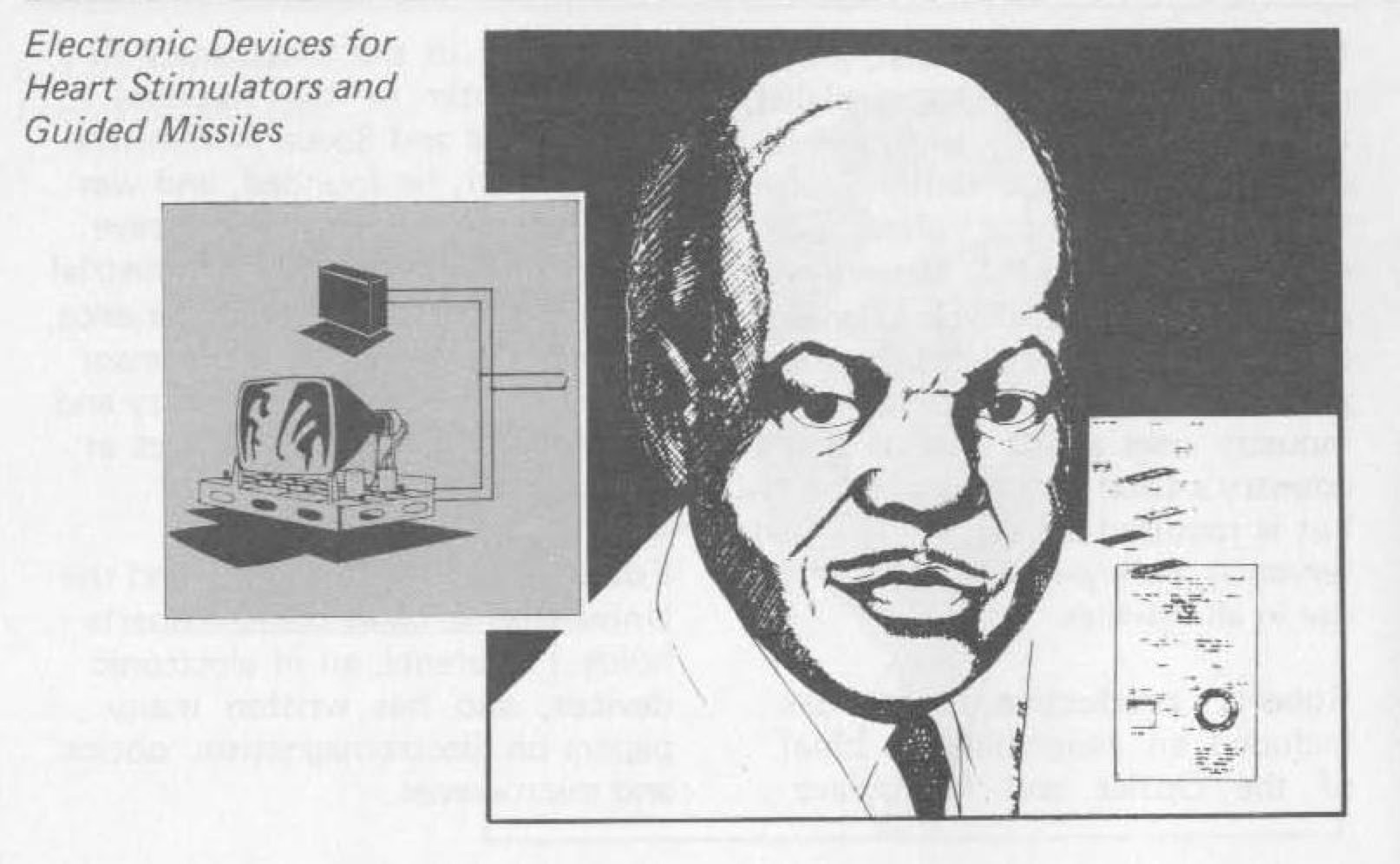 Otis Frank Boykin (August 29, 1920, Dallas, Texas – March 13, 1982, Chicago, Illinois) was an African-American inventor and engineer. Otis Frank Boykin was born in 1920 in Dallas, Texas. His mother Sarah was a homemaker and his father Walter was a carpenter, who later became a minister. Otis Boykin attended Booker T. Washington High School in Dallas, where he was the valedictorian, graduating in 1938. He attended Fisk University on a scholarship and worked as a laboratory assistant at the university’s nearby aerospace laboratory. He then moved to Chicago, where he studied at Illinois Institute of Technology but dropped out after two years; some sources say it was because he could not afford his tuition, but he later told Julia Scott Reed of the Dallas morning News that he left for an employment opportunity and did not have time to return to finish his degree. He was discovered and mentored by Dr. Hal F. Fruth, an engineer and inventor with his own laboratory; Fruth and Boykin would collaborate on a number of research projects.

Boykin’s most famous invention was likely a control unit for the artificial heart pacemaker. The device essentially uses electrical impulses to maintain a regular heartbeat. Boykin himself died of a heart failure in Chicago in 1982 – Wikipedia.