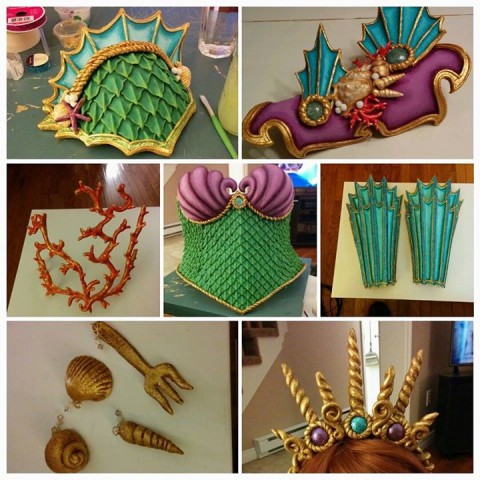 Earlier this week, I talked about how you can change up the design of familiar costumes to make them stand out. We saw it with a ballerina take on Poison Ivy, and it’s on display in this warrior version of Ariel from The Little Mermaid by Erica Brookfield, a.k.a. Lanthea Cosplay. She started working on the costume last November and has been crafting the detailed components piece by piece. She’s used Worbla for many of the armor pieces and creatively used the scraps to form coral embellishments for the armor.

She’s used other materials for the costume – such as resin and foam – but she’s used Worbla more extensively than I’ve seen it used before and to great effect. All the scales on the breastplate are individual pieces of Worbla that she cut and attached. Even the shells were cast from Worbla. 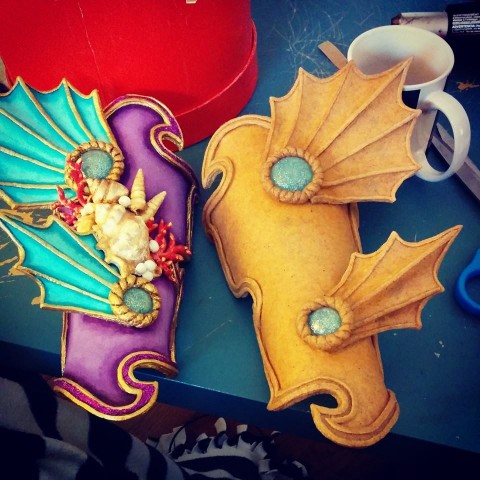 Brookfield has several photos like the one below in her gallery that show how a section goes from pattern to completion – it’s fascinating: 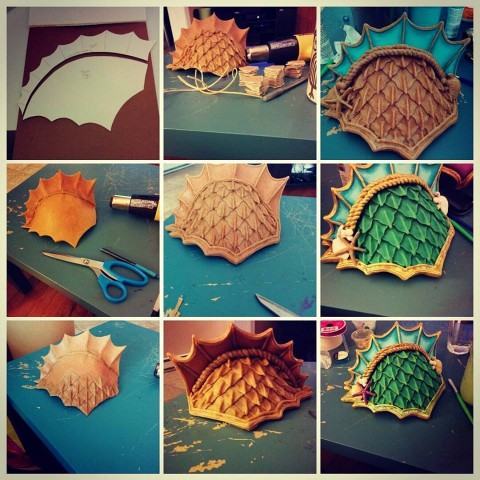 Keep tabs on the costume’s progress at Lanthea’s Facebook page.

Comments Off on In Progress Warrior Little Mermaid Cosplay