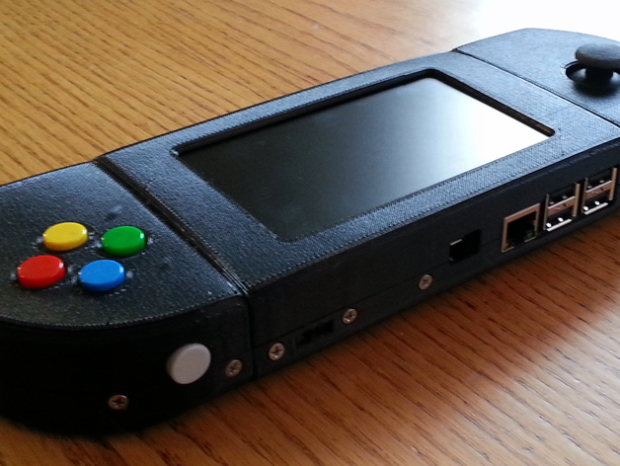 Make Your Own Playstation Portable with Raspberry Pi via makezine

It seems that at some point cell phones took over as the premiere portable gaming device. Before then, the PSP, or Playstation Portable seemed to be the coolest on-the-go console since the Atari Lynx. Counter to the apparent demise of “traditional” portable consoles, a growing number of people seem to be making their own DIY devices. This one “just happens” to share most of the same letters with Sony’s portable, and cleverly integrates an “i” to signify that the Raspberry Pi powers everything.

While this was designed around the Raspberry Pi model B, it could also use the Raspberry Pi 2 B, which, given it’s increases specs, should allow for even more homebrew emulation gaming goodness!

Besides the electronic powering it, the 3D-printed form factor looks very good, certainly inspired by the PSP. If the button configuration looks familiar, you might take a look at a Super Nintendo controller. Besides buttons, the four USB ports and one Ethernet port could come in handy for more interesting hacks and interfacing in the future!

For an entirely different take on a portable Raspberry Pi, why not check out how to power one with a drill battery.