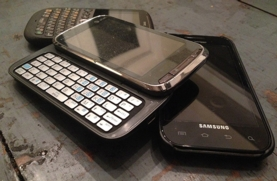 With so many new smartphones and electronics being purchased, are users disposing of their older devices properly? According to U.S. Environmental Protection Agency (EPA) data, approximately 2,440,000 tons of electronics, such as computers, mobile devices and televisions, were disposed of in 2010. Twenty-seven percent, or 649,000 tons, of that “e-waste” was recycled. Because some materials in electronics, such as lead, nickel, cadmium and mercury, could pose risks to human health or the environment, the EPA “strongly supports” keeping used electronics out of landfills.

“Recycling electronic equipment isn’t quite as easy as leaving it in a bin in your front yard, as we’ve learned to do with paper and plastics, but the health and environmental benefits of recycling e-scrap are tremendous,” said EPA Region 5 Administrator Mary A. Gade. “Also, we know that half of the devices thrown away still work.”

If Americans recycled the approximately 130 million cell phones that are disposed of annually, enough energy would be saved to power more than 24,000 homes in a year. If we went ahead and recycled one million laptops, too, we would save the energy equivalent to the electricity used by 3,657 U.S. homes in a year. Furthermore, for every million cell phones we recycle, 35,274 pounds of copper, 772 pounds of silver, 75 pounds of gold and 33 pounds of palladium can be recovered. Recovering these valuable metals through recycling precludes the need for mining and processing that much new material from the Earth, thus not only conserving natural resources but preventing air and water pollution as well.

Comments Off on Reducing and recycling toxic e-waste