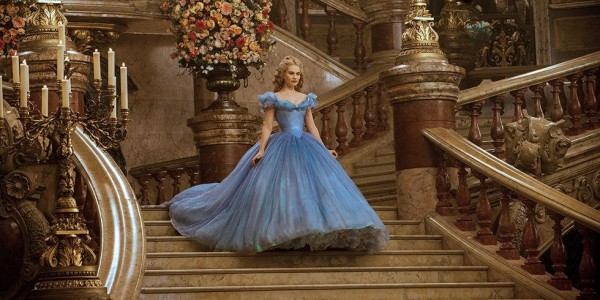 Disney’s next live-action adaptation of an animated film will be here on March 13. They’re retelling Cinderella, and while it seems like the story will be much the same as the animated film, the costumes are different. They look colorful and lush, just like the costumes did in Maleficent last year. Costume designer Sandy Powell is behind the elegant garb on Cinderella, and she had to redesign the character’s iconic blue dress and the glass slipper.

The blue dress – pictured above – is striking and voluminous. The skirt has so many layers that it looks like Cinderella is floating. Powell told Vogue that the cerulean gown is “composed of more than a dozen layers of gossamer-fine silk in different shades of pale blue, turquoise, and lavender.” It’s quite the project for ambitious cosplayers and seamstresses and some of them have already tackled it without the assistance of fairy godmothers.

This bright blue gown is by Stephie Joy and photographed by Giselle Evelyn: 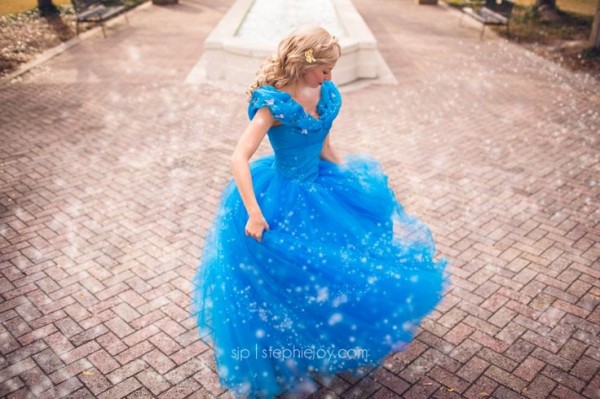 Lane models this mini Cinderella dress made by her mother Jennifer. This is just one of many Disney outfits in Lane’s wardrobe. Photo by Jessica Lyn, via Disney Style. 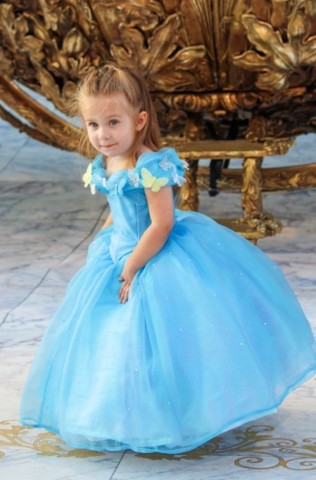 This gown by Etania is still a work in progress, but it’s already looking lovely. 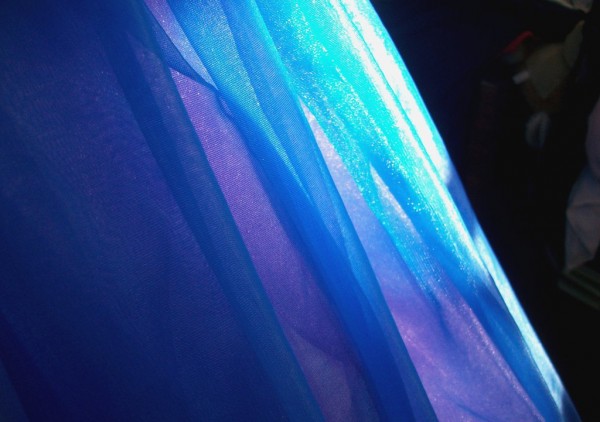