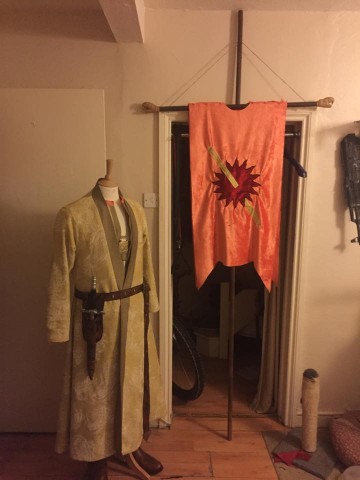 The costumes of Game of Thrones have more details than most people notice. Designer Michele Clapton does incredible working coming up with patterns, accents, and countless little touches. All the layers her team adds makes the costumes richer and makes them look natural as can be in the series. The outfits fit what we know of the world of Westeros and add to its beauty.

The costumes worn by Prince Oberyn Martell last season weren’t exactly understated – he is a prince after all – but they’re more intricate than you might think. I didn’t realize his elegant but simple-looking robes featured so many textures until I looked at a replica being made by Andy, a.k.a. Valentine Cosplay. He’s making an Oberyn Martell costume for the London Super Costume Championships (LSCC) taking place next month, and he’s going for a screen accurate replica.

In case you’re not familiar with the character: 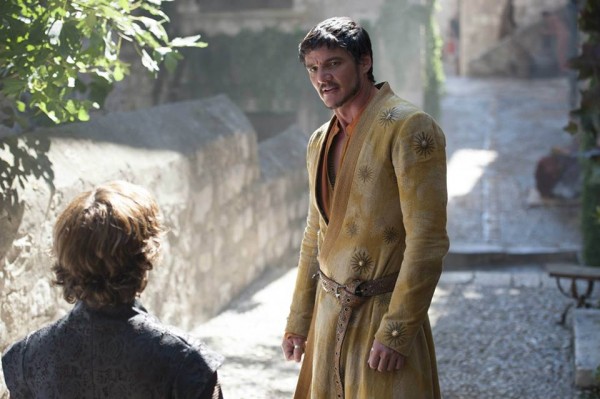 Andy’s take on the robe: 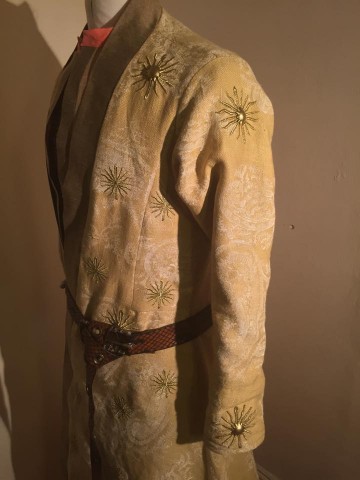 He’s documented his efforts with photos each step of the way, and I’m simply floored by the effort he’s put into making this costume. He’s been working on it since at least May of last year and has made every inch of the outfit by hand: He cast his torso from duct tape to get a proper fit, he sewed the robes, he added a scaled pattern by hand to match the accents on the tunic, he carved his own lino print to stamp on his fabric to make sure it matches Oberyn’s, he made his own belt and tooled it and dyed it, and is crafting the weapons by hand. This is some of the most precise and painstaking work I’ve seen put into a costume. 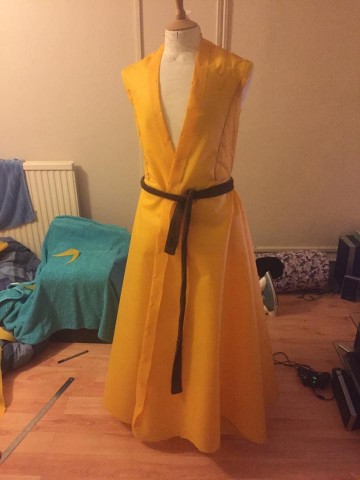 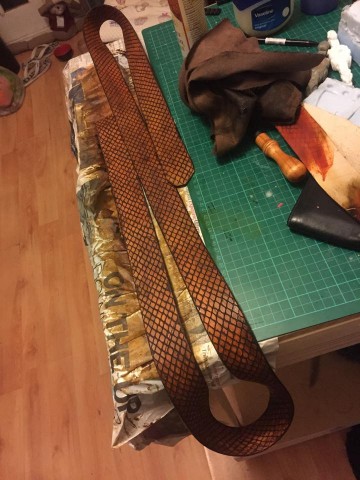 See dozens of photos detailing each step of the build in this album on Facebook. I can’t wait to see the finished costume.