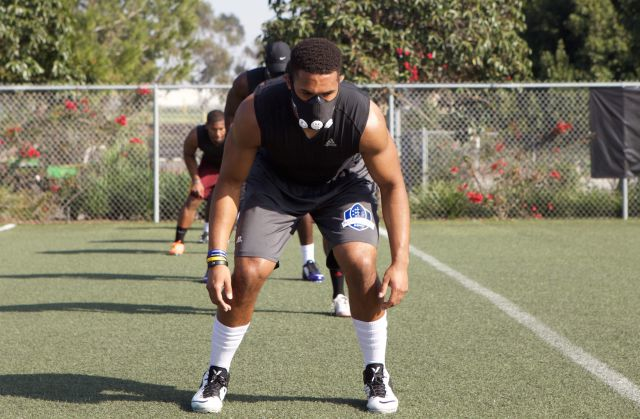 re/code has a interesting post on this year’s NFL Scouting combine and the wearable technology that was employed during the event. Pretty cool stuff!

For more than 25 years, the nation’s top college football players have trekked to Indianapolis each February to put their NFL dreams on the line.

The event is known as the NFL Scouting Combine, a week-long tryout for more than 300 NFL-hopefuls that kicked off this week ahead of April’s NFL Draft. The players meet with team executives, take intelligence tests and, most importantly, show off their physical talents, the portion of the tryout that began on Friday.

This year, some players are relying on wearable technology — and the data that comes along with it — to give them an edge.

Ahead of the annual showcase, Re/code examined how football’s future stars incorporated wearables into their training regimen. We visited some of the athletes at the StubHub Center, a sprawling sports complex located 15 miles south of downtown Los Angeles that features dozens of tennis courts, a velodrome for indoor cycling, and a 27,000-seat stadium that’s home to Major League Soccer’s LA Galaxy.

It was here in early February, under a massive white tent on a strip of turf no larger than a football field, that a group of NFL hopefuls lifted weights to Young Jeezy and Lil’ Wayne blasting over the speaker system. Another group ran agility drills nearby.

These athletes came to California to work with EXOS, a company that trains athletes of various sports and levels. EXOS, which was called Athletes’ Performance until last January, has been training Combine athletes for 14 years. The trainers know, for the most part, which drills work and which drills don’t for preparing the athletes. To weaponize its methods, EXOS turned to Adidas for help.

For the first time, the Combine athletes are using the Adidas miCoach, an oval-shaped device that straps into the athlete’s training shirt during every workout. The device captures dozens of measurements, like speed, acceleration and power, and sends the data immediately to the trainers’ iPads.

The device is similar to what Adidas sells in stores. But the version used by EXOS is more elaborate; the amount and accuracy of data collected is well beyond consumer quality, says Scott Piri, a performance specialist with EXOS leading the Combine training.

The consumer version of miCoach collects general training times and distances using a GPS, but the miCoach elite system — which costs more than $100,000 — can capture things like acceleration and power measurements calculated for each athlete based on his size.

This helps coaches track how much energy and work each player is putting out while the drills are in progress. Using the iPad, a coach or trainer can watch athletes’ numbers fluctuate in real time from a single screen.

Head over to re/code to see the full article and a video of the tech in action. 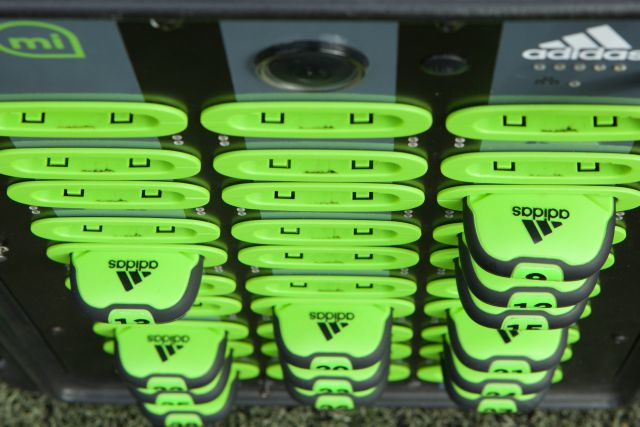