The history of cat obsession in Japan #ArtTuesday 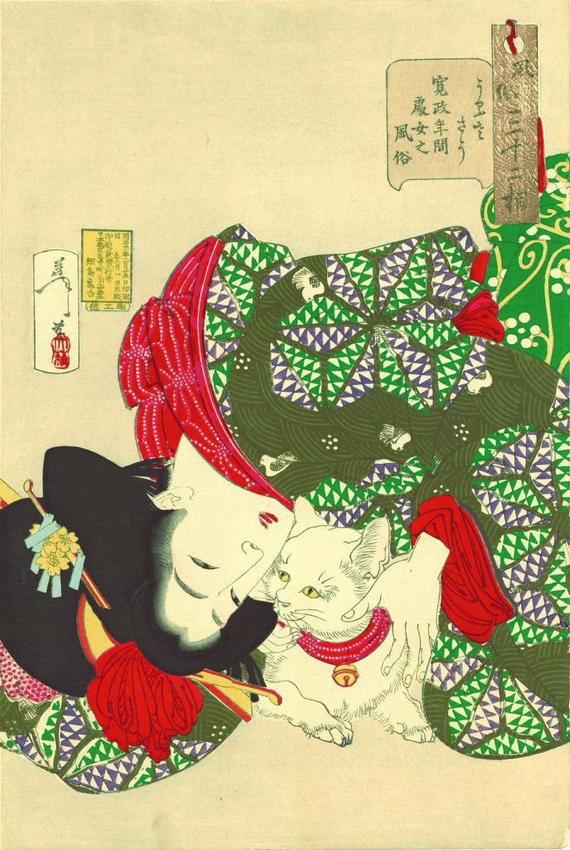 Beautiful/Decay has a great post on the long multi-cuptured history of cat obsession in Japan.

Our obsession with cats has a long and multi-cultured history. Long before Grumpy, Garfield and Felix, the Japanese were depicting cats in their artwork. A new exhibit set to open at New York’s Japan Society entitled “Life of Cats” studies the feline’s depiction during the Japanese Edo period. The period comprises a little over 250 years between 1615-1867, that saw a prolific use of cats (hi harmony), particularly in pieces made from Ukiyo-e woodblock prints. The printing technique was initially introduced to distribute texts of Buddhist scriptures. In 1765 a new technology made it possible to produce a single sheet using up to 20 colors. This allowed artists to take full advantage of palette and soon cats were appearing in a multitude of roles.

The first cat surfaced in Japan around the sixth century. They were brought over from China on ships transporting sacred scrolls written by monks. The Buddhists believed cats were mindful creatures and when an enlightened person died they would first come back as a cat before reaching nirvana. The exhibit at Japan Society is divided up into 5 categories: Cats and people, Cats as people, Cats vs. people, Cats transformed and Cats and play. Since the woodblock prints mainly depicted courtesans and Kabuki actors we see these figures in numerous works interacting with cats. The colors are exquisite and most of the scenes between human and feline is endearing. Some of the weirder prints are hybrid looking cat people and as mentioned earlier stems from the Buddhist belief of an enlightened being transforming into a cat before reaching nirvana. A popular motif was the common leisurely activities of a village, in these we see cats role playing as people relaxing at spas and playing in parks. 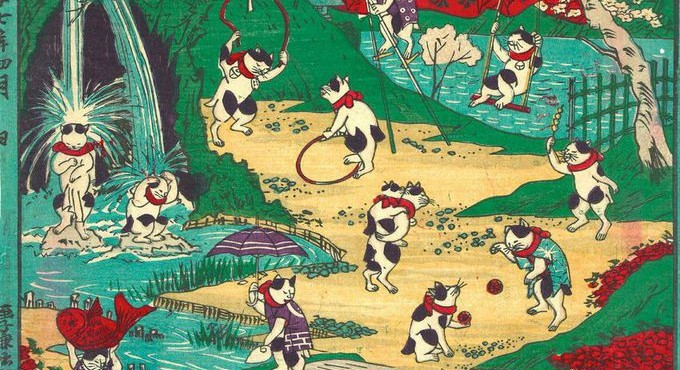 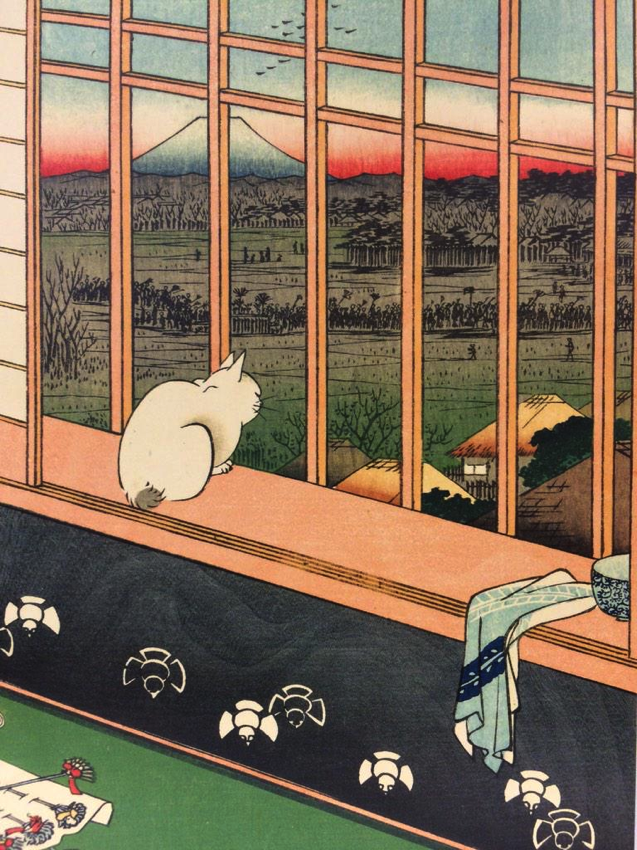 Comments Off on The history of cat obsession in Japan #ArtTuesday