Throwback to the ‘Shack: LED Fun

While recalling the fun one could have with the project kits and parts found in the Radio Shack of the 1970s,  I found a little board I made in 1978 (as usual stumbling across it while looking for something else).  Every part on this thing came from Radio Shack.  The IC is a National Semiconductor LM3914N, which is a 10-LED bar/dot display driver which at the Shack cost $2.49. Solderless breadboards were a new thing back then, with CSC (that is Continental Specialties Corp.) being the primary vendor at the time.  Radio Shack offered the perma-proto board seen here for about $1.79.  The LEDs were sold in packs of 2 for $0.79 and with the wire, switch and a few passive parts the entire project cost about $10.  The short demo videos show the bargraph and dot display modes. 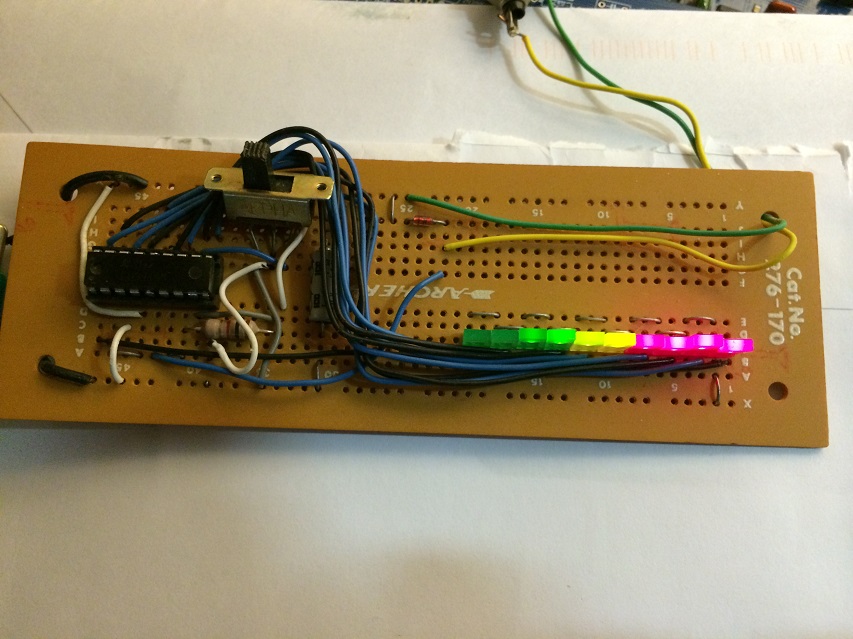 I went on to make a stereo VU meter later that summer, again all parts from Radio Shack: 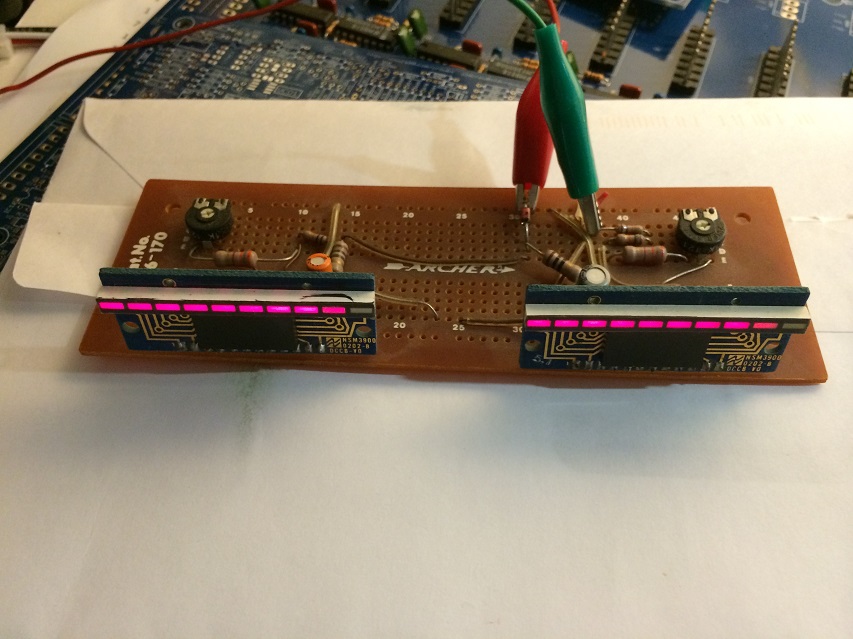 And while it came with a data sheet, remember–this was Radio Shack–they had Forrest Mims notebooks.  This exact circuit is used twice: 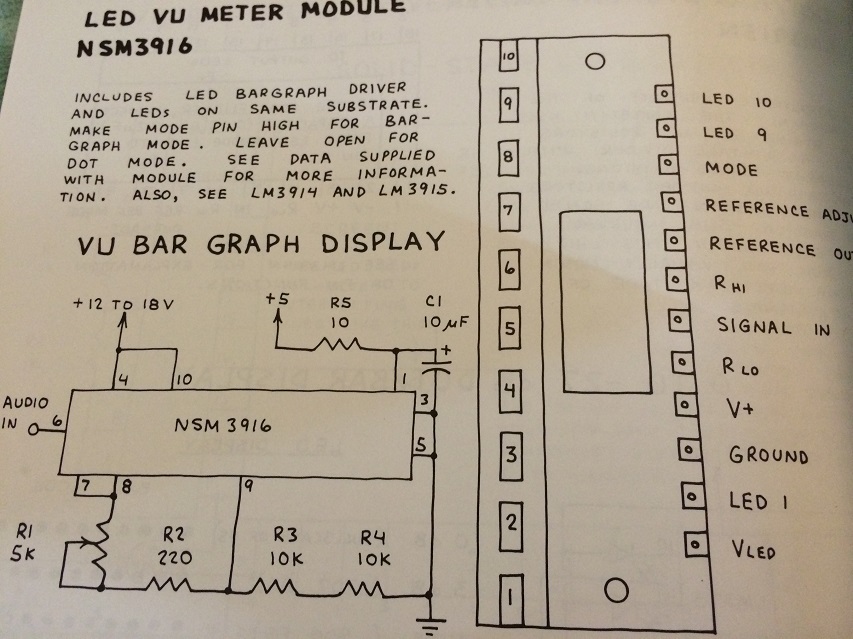 I went on to do more with the LM3915, such as build a 70-LED spectrum analyzer.  However I will save that for another day. (read: I have to find it!)

Comments Off on Throwback to the ‘Shack: LED Fun