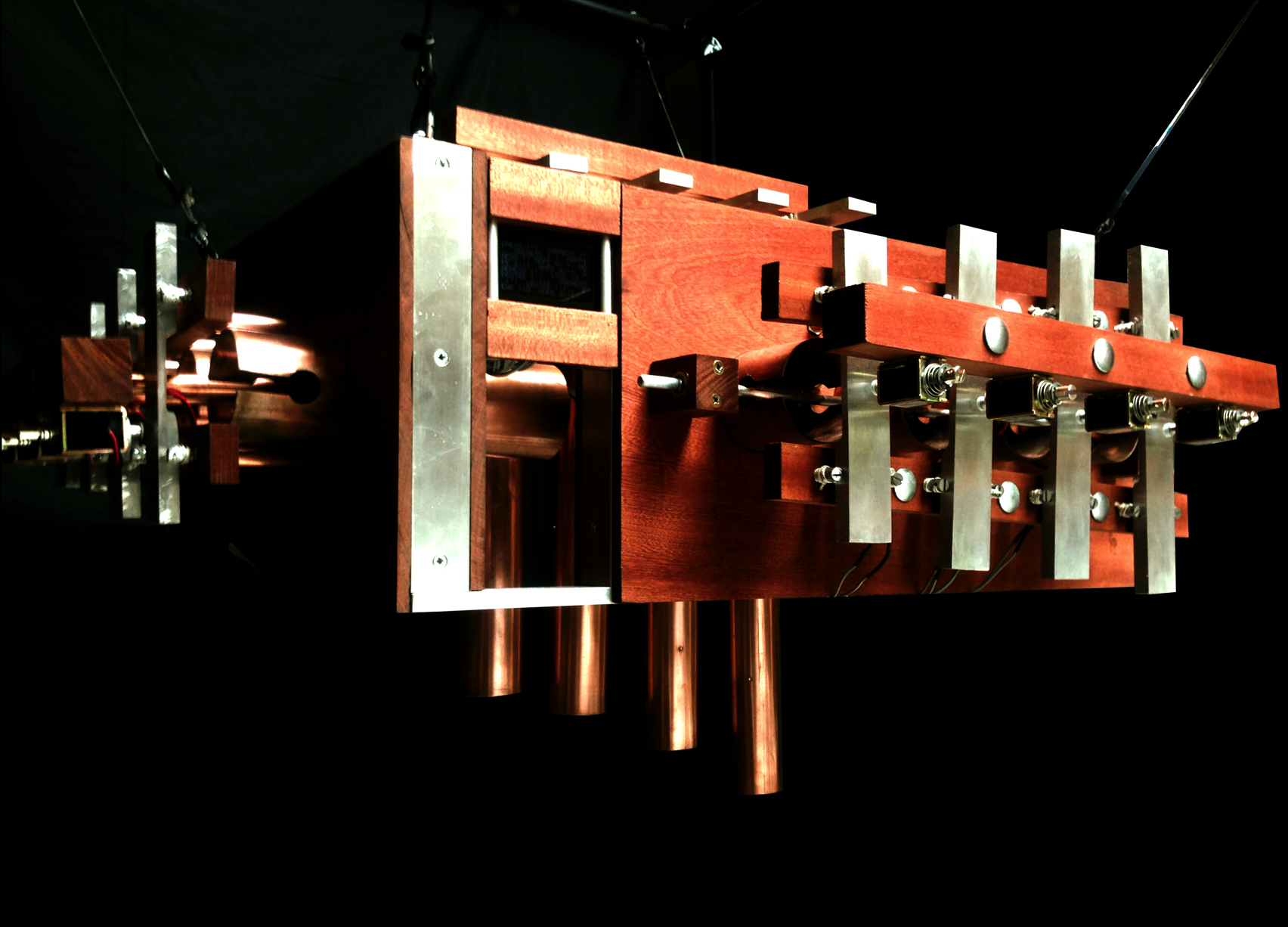 From Vibe Experiment via Arduino’s blog:

The “Social Vibes” project, renders collective human emotional states, mined from the Twitter network, as musical tones on a physical artifact, that resides in a public space. The physical artifact, known as the ‘Vibe’, presents itself as both sound sculpture and musical instrument.

When the ‘Vibe’ extracts user’s current emotional states, based on their tweets, it’s being played by unsolicited users and it can be perceived as an ambient musical instrument/ sculpture. It can be taken over and ‘played’ directly as an instrument, by Twitter followers. Hijacking the system, allows the user to indulge in playfulness, artistic exploration and mischief. The ‘Vibe’ mimics human characteristics by both enticing people to come and play with it, and deliberating on the current emotional status of the collective Tweeters, by posting tweets to its own Twitter account, through computer appropriated responses.

VIBE Sound Sculpture – Played via Twitter and taken over by a Direct Tweet from Cian McLysaght | Blog on Vimeo.

Comments Off on Social Vibes Sound Sculpture with #Arduino #MusicMonday