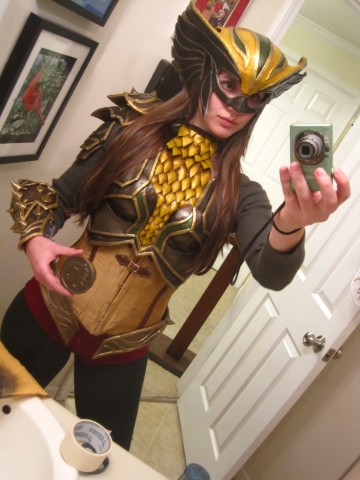 Making costumes can become an addiction. It’s satisfying to build something from the ground up and to know you’re responsible for turning a plain piece of Worbla into a beautiful section of armor that looks like metal. Replica Props Forum (RPF) user springsteel made a warrior version of Wonder Woman last year (with a sword made from paint stirrers) and she’d intended to use the armor made for the Wonder Woman costume for a Hawkgirl costume too. But she had such a great time making the costume that she decided to start from scratch for her new warrior Hawkgirl costume.

The build is still in progress, but she has completed quite a few pieces. She’s even planning to design the wings so that they articulate! She already has most of the armor completed (she made it primarily from Worbla), as well as a light-up mace. 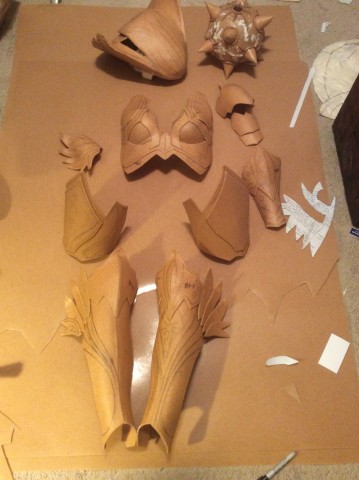 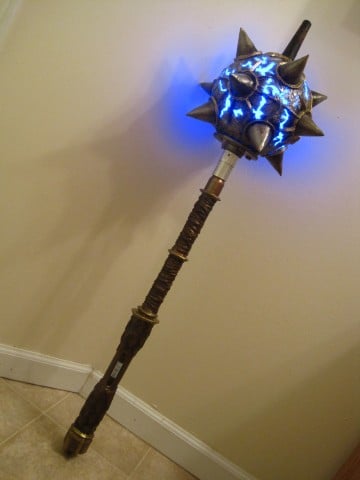 Here’s how she made the mace:

For the mace, I really wanted something lightning-like to reflect the magical properties of the Nth metal, so the idea was to cover an acrylic orb with Worbla, and light it from the inside to shine out through the cracks. However, plastic balls of any and all kinds ONLY come in 6″ and 8″ diameters. Only. And for whatever reason I just HAD to have a 7″ orb, so that’s a hamster ball with the air slits filled in with hot glue, and skewered with a rake handle. (What’s extra nice about the hamster ball, is that the bottom screws off, making it quite handy for LED installation.)

Then, I covered the ball in bits of Worbla that I stretched and tore to give it a nice crackly edge. The spikes are just cones of craft foam covered in Worbla.

Attachment is a bit of a wibbly-wobbly, jerry-rigged sort of job. The spike/end of the rod floats through a hole on the top of the mace head, and the bottom of the ball is a 3″ lid which the handle runs through, attached with the Worbla material. (The ball twists off and removes completely, leaving only the “lid” attached to the handle).

It’s lit with a high-powered star LED module, and you can see the LED in action in this video on Facebook. 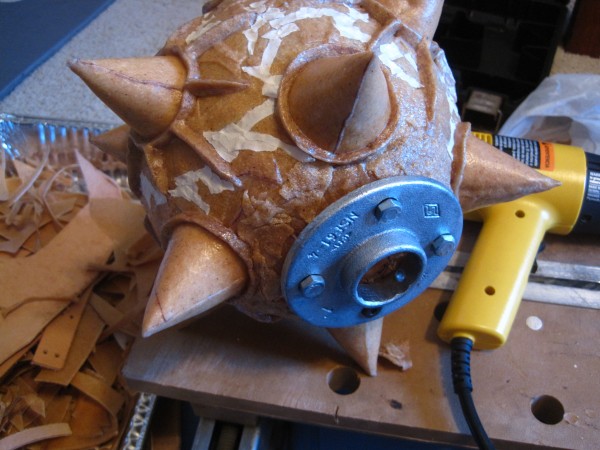 Keep tabs on the costume at The RPF.