On behalf of The MacGyver Foundation, and the other sponsors of this amazing crowdsourcing competition, I’m really excited to welcome Limor Freid – aka Lady Adafruit— as one of our esteemed judges! If ever there was a gender breaking model of an engineering capable of taking on the world it’s Limor. And I’m sure she’s as psyched as I am to see what kind of original, female engineer-type characters the global audience can come up with to grace our TV screens in a cool new show. So get your imaginations rolling and go to thenextmacgyver.com to submit the show of your dreams. Because, for at least some of you out there, that dream will come true!!

A joint partnership between the USC Viterbi School of Engineering and the National Academy of Engineering, “The Next MacGyver” is a global crowdsourcing competition to identify and develop the first great TV show with a female engineer lead.

Five winners will receive $5K each and be partnered with a successful Hollywood producer as mentor to develop a killer pilot script.

Thirty years ago, the original MacGyver created enormous interest around engineering with the exploits of Angus MacGyver, a spy who used his powers of engineering in every episode to solve problems. In the spirit of that show, in 2015, we are looking for TV ideas that will feature female engineers or female protagonists who will use their powers of engineering to solve problems.
All genres welcome. No finished scripts necessary. All ideas due by April 17, 2015. 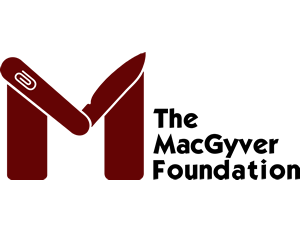