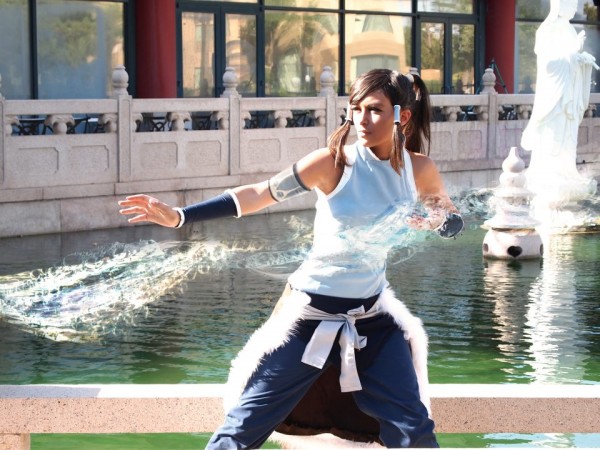 The dynamic cosplay duo known as Aicosu has an incredible number of outfits in their repertoire. Sylar Warren and Sheila Santa Maria have been cosplaying since 2009, and they do impressive work. Two of my favorite costumes of theirs are Korra and Tahno from The Legend of Korra. Sheila makes all their costumes and had the following to say about making Korra’s blue ensemble:

The costume consists of a lot of separate pieces. The shirt was sewn from a pattern! Specifically Burda 8347 “D” A few changes were made though, the front isn’t two pieces like the pattern suggest. White bias tape was used to make the collar edging. NO LINING or INTERFACE was used. (Cardboard was used inside the collar to make it stand.) And the white of the sleeveless edges is painted on. The pants were bought nurse scrubs, and the brown leather was made from a suede from pillow case with sewed on fur. A suede navy blue skirt made the under layer and a scrap of pale blue fabric became the sash. 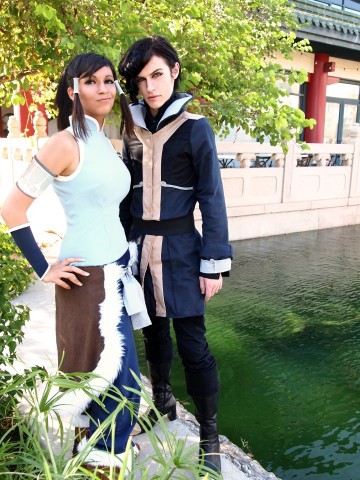 Photos by Rin, taken at the Chinese Cultural Center

Comments Off on Legend of Korra Cosplay