Once Upon a Time Snow Queen Costume

Once Upon a Time’s costume designer works magic. Eduardo Castro has come up with a number of intricate costumes over the last four seasons of the television series. He’s had to come up with original designs and also new takes on costumes in Disney’s animated films. One of his most dazzling creations to date is the outfit worn by Elizabeth Mitchell’s Snow Queen, also known as Ingrid. The character has ties to Elsa from Frozen so the costume had to reflect that and Ingrid’s icy powers. The white dress is elegant and covered in countless tiny beads, but the work necessary to duplicate it isn’t stopping Replica Props Forum (RPF) member Guri. 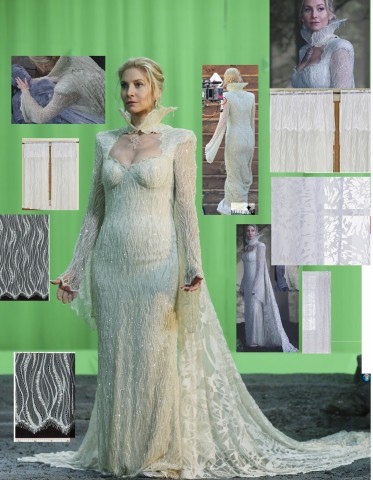 She’s previously dressed as Mitchell’s character from Lost – Juliet – and as soon as she saw the Snow Queen appear on Once Upon a Time, she started looking for an excuse to make the dress. She spent a lot of time searching for fabric with the right pattern and beads but realized an exact match would be really expensive. Instead, she found non-beaded curtains with similar patterns and softened the stiff curtain fabric with hot water and conditioner.

She’s adding all the beads and mini sequins by hand. She started the project in early February and has spent several hours beading. The top picture shows what she has done so far, and it’s shaping up nicely. 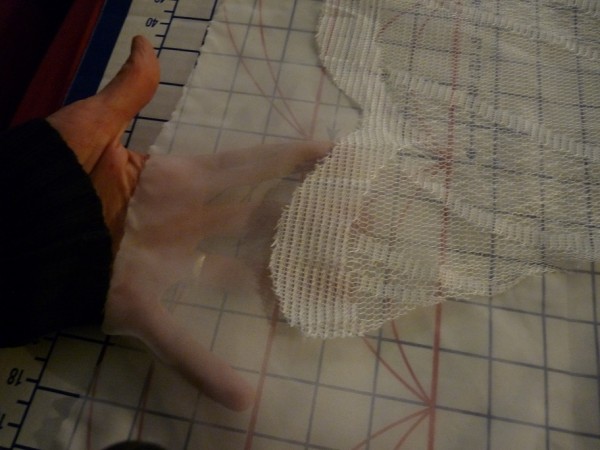 Keep tabs on the completion of the dress at The RPF.

Filed under: cosplay, costuming —
Tags: once upon a time, snow queen — by Amy Ratcliffe

Comments Off on Once Upon a Time Snow Queen Costume