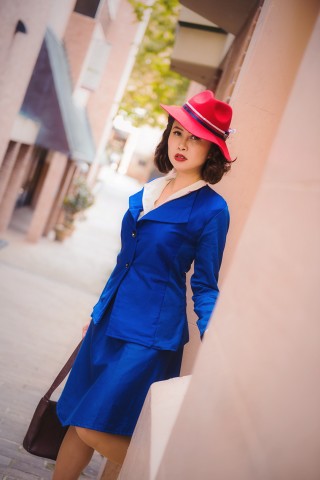 Hayley Atwell’s Peggy Carter made an impression upon fans when she first appeared in Captain America: The First Avenger. She showed up a couple more times in the Marvel Cinematic Universe since then, and she recently headlined her own eight episode television series this winter. Marvel’s Agent Carter was a delight, and the period setting of the 1940s contributed to its success. The show didn’t look or feel like anything else on television – especially when it came to the costumes designed by Giovanna Ottobre-Melton. All of Peggy’s ensembles were impeccable and said so much about her personality.

We first see her in a tailored blue suit with a white shirt and a red hat. The colors make her stand out in a sea of men in brown, black, and gray suits and also happen to be colors associated with Captain America. Christie Cosplay made this particular outfit for a recent shoot, and the result is gorgeous. She shared a couple of work in progress photos on Facebook that show the suit coming together from a pattern and the band she added to the red hat. 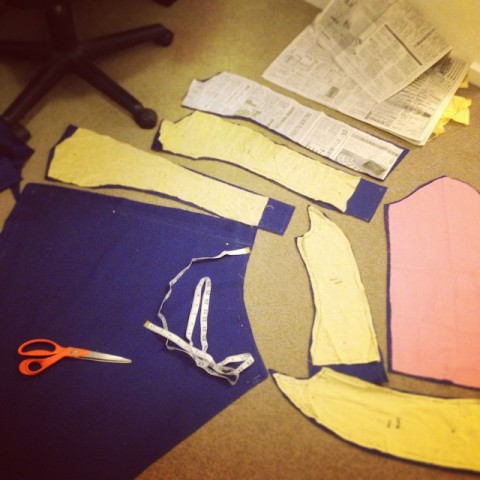 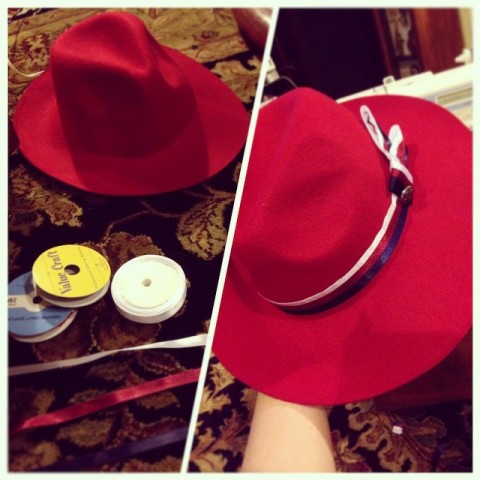 Top photo by Rayfy, via Tumblr