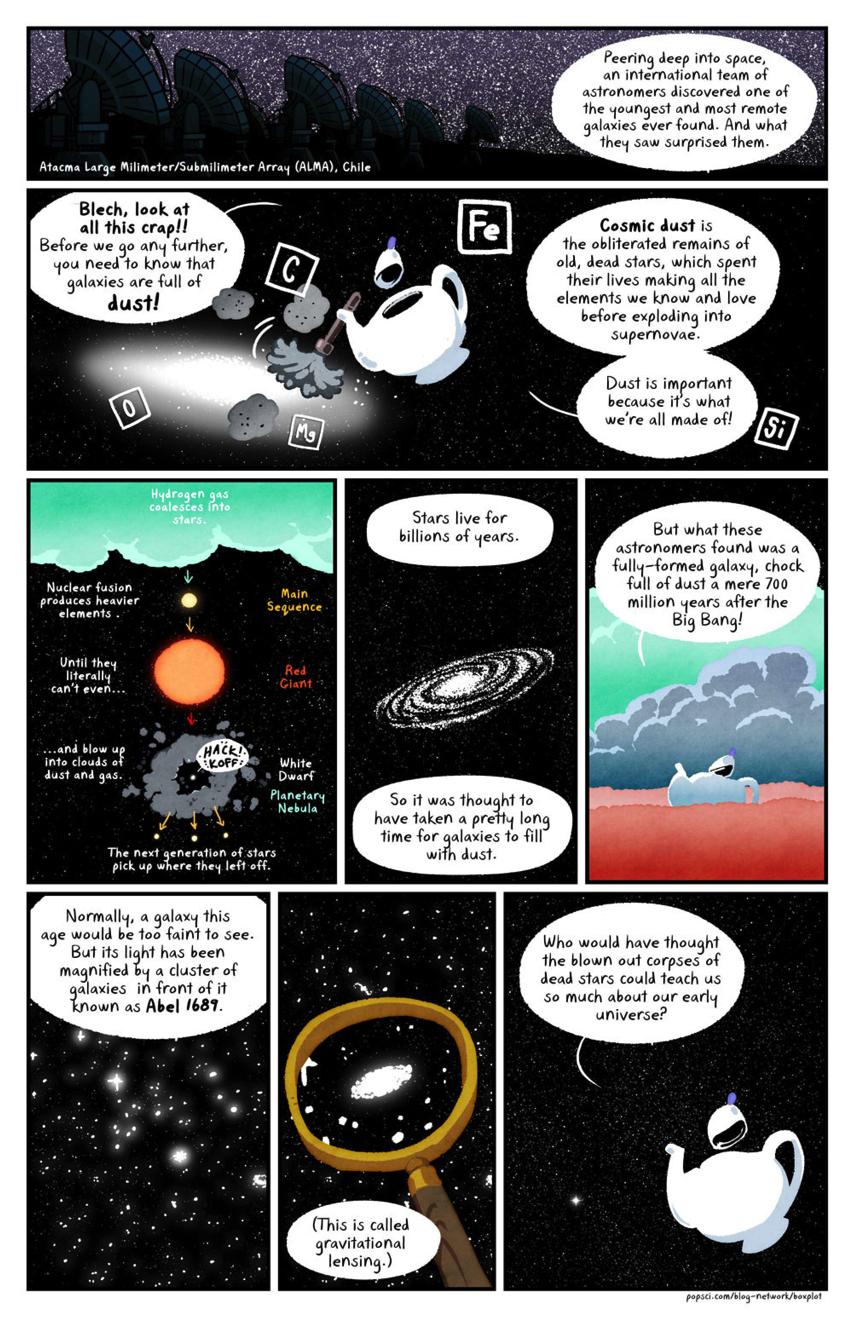 Astronomers find an old looking galaxy in a young universe. via popsci

Using a powerful radio telescope and a little help from a gravitational lens, Darach Watson (University of Copenhagen) and Kirsten Knudsen (Chalmers University of Technology, Sweden) were able get a good look at a one of the observable universe’s youngest, most remote galaxies. What was surprising about the galaxy, dubbed A1689-zD1, was the amount of cosmic dust that had accumulated.

Immediately after the big bang, the universe was so bright and hot that no matter existed. It expanded rapidly and began to cool, going dark until the first stars formed. How fast these stars clumped into the galaxies we know today is up for debate, but this new discovery suggests it happened much faster than previously thought. Analyzing the composition of the dust in A1689-zD1 will allow astronomers to calculate just how fast.
Said Darach, “Although the exact origin of galactic dust remains obscure, our findings indicate that its production occurs very rapidly, within only 500 million years of the beginning of star formation in the Universe—a very short cosmological time frame, given that most stars live for billions of years.”

Comments Off on Cosmic Dust #SaturdayMorningCartoons