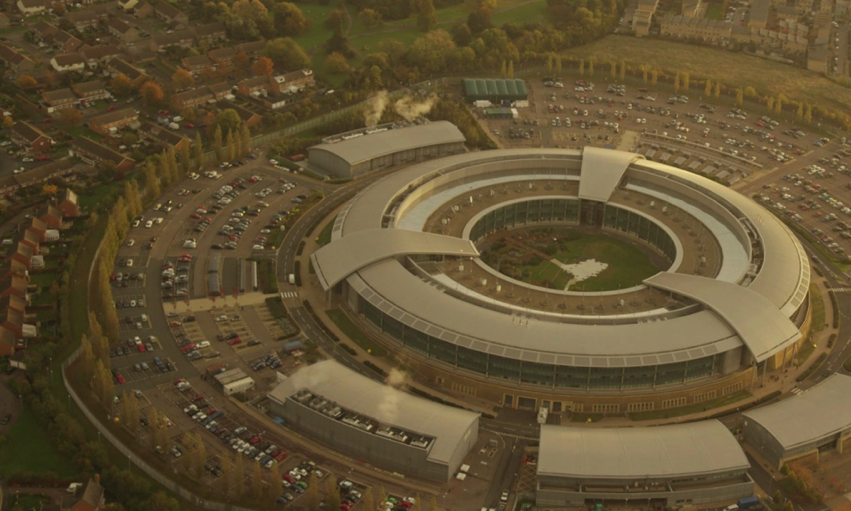 The Guardian has a great piece up about artist Trevor Paglen’s work. If you live in the San Francisco area be sure to check it out- it sounds like a really cool project. Check out Trevor’s site for more information.

The insidious enormity of the information age, our data-driven, privacy-compromised culture, is perhaps the most difficult of subjects for art. It requires an uncommon combination of tech-savviness, aesthetic sophistication and humanistic activism – attributes that, thankfully, exist in the work of the American artist Trevor Paglen. He combines a potent range of approaches – he’s a conceptualist, a trained geographer and a photographer – and is aware that art’s role is to make ideas, even dire, politically suspect ones, resonate poetically.

Paglen’s work gives visual geography to hidden forces, in particular something he calls a landscape of mass surveillance. He is interested in the metaphors for telecommunications and the invisible ways in which they mark our lives. In past work, Paglen has created surprisingly beautiful images of surveillance satellites in the night sky, images that have a National Geographic nature-photo crispness and awe, while revealing the static evidence of ominous human intervention and the tools that alter geopolitical situations – is that a missile site? – as well as more benign uses, like tracking weather and traffic patterns.

His more recent work has a more ominous gravity, rooted on the ground, in a landscape made up of our own information. In a compact, potent show at San Francisco’s Altman Siegel gallery, Paglen presents photograph, video and sculpture that give grounded image to flows of data, specifically the internet cables that deliver our messages to friends and family but also to the National Security Agency, which has set up data-sifting facilities that exist in surprisingly bucolic locations, on bluffs overlooking where those suboceanic cables hit land.

In hauntingly beautiful colour prints, he reveals coastal landscapes, warm-hued beach scenes and rippling oceans that appear calm. Sunbathers rest on towels, blissfully unaware of the massive data traffic coursing just below them and the NSA staff busily working nearby. The visual tone of these photographs is warm, golden – and in the case of a night shot of the NSA/GCHQ surveillance base in Bude, UK, illuminated satellite dishes appear to be burning orbs. He contributed similar footage to Laura Poitras’s Oscar-winning documentary Citizenfour, which follows Edward Snowden’s whistleblowing evidence of NSA information tapping.

It’s difficult to see these appealingly calm landscapes as ominous, politically charged sites – like a James Bond villain’s headquarters concealed in a seemingly peaceful island. In two cases, he pairs these photos (one of a site on Long Island, New York, another in northern California) with large research collages – maps of the locations, which he augments with NSA materials, historical depictions of the sites, legal documents and prosaic snapshots that might include signage that reveals the collusion of cellphone carriers. Each version presents a filter of seeing the same location: one suggests a romanticism, the other is a more informational representation.

All of which is to say, places are never exactly what appear to be – they are informed by use.