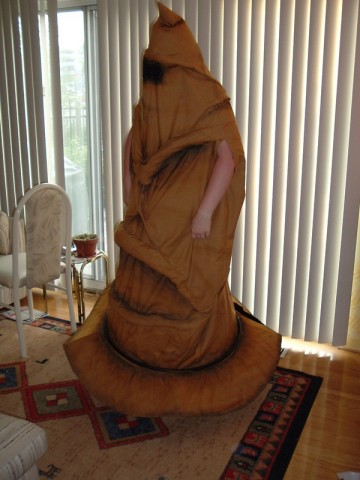 When I think about Harry Potter costumes I think about school uniforms, witch and wizard robes, Death Eaters, and Dumbledore. There’s a long list of characters to choose from so dressing as an object didn’t occur to me. Jen, a.k.a Mai Sheri, and her roommate went out of the box though. Mai Sheri’s roommate worked at a bookstore when Harry Blood and the Half Blood Prince was released. The bookstore had a party, and employees were basically required to come in costume. Not wanting to dress like a witch or wizard, the roommate decided to be the Sorting Hat. It’s such a clever idea.

The sentient hat sorts students into their houses at Hogwarts. It’s not a brand new hat; you can tell it’s been around. Mai Sheri captured that look when she built the costume. She made the Sorting Hat costume in less than 48 hours while sick. Maybe she has a wand. She used ” flannelette, card stock, a hula hoop, string, and lots of acrylic paint.” Her roommate won the staff costume contest with the creative outfit. 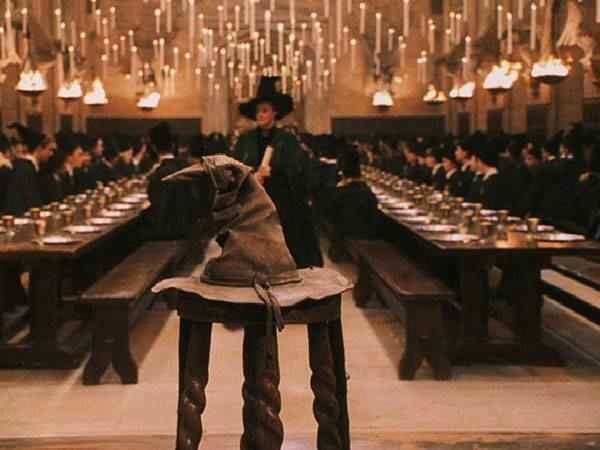