Happy Birthday to Mary Dixon Kies, the first woman to receive a patent in the US #WHM15 #WomensHistoryMonth 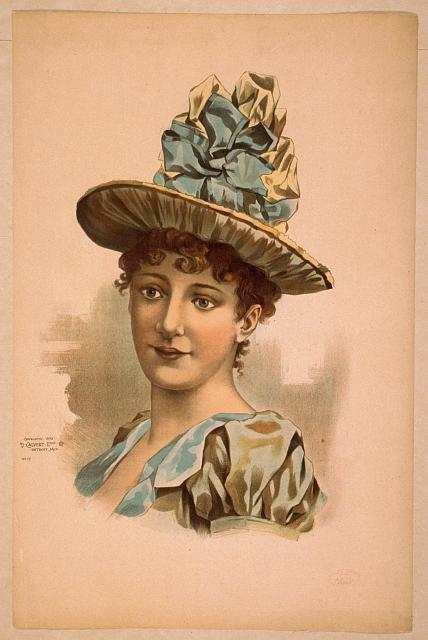 Mary Dixon Kies (March 21, 1752 – 1837) was an early 19th-century American who was the first recipient of a patent granted to a woman by the United States Patent and Trademark Office, on May 5, 1809, which was for a technique of weaving straw with silk and thread.

Straw weaving was an economically vital industry in America during the 1800s. Women wore straw hats for working in the field. The Patent Act of 1790 opened the door for anyone, male or female, to protect his or her invention with a patent. However, because in many states women could not legally own property independent of their husbands, many women inventors didn’t bother to patent their new inventions. Mary Kies broke that pattern on May 5, 1809. Her patent was signed by President James Madison.

Mary Kies was not the first American woman to improve hat-making. In 1798, New Englander Betsy Metcalf invented a method of braiding straw. Her method became very popular, and she employed many women and girls to make her hats. The method created a new industry for girls and women because the straw bonnets could be made at home from local resources, so the women and girls could do work for themselves. Thus, Betsy Metcalf started the American straw-hat industry; however, she didn’t patent her process. When asked why, Metcalf said she didn’t want her name being sent to Congress. Kies had a different perspective, and she couldn’t have picked a better time to secure her new product, because the U.S. government had stopped importing European goods. (Napoleon was at war with many nations of Europe at the time, and one way he tried to win the war was to block trade and hurt his enemies economically. The U.S. did not want to be drawn into this conflict.) President James Madison was looking for American industries to replace the lost European goods.

Her technique proved valuable in making cost-effective work bonnets. In so doing, she bolstered New England’s hat economy, which had been faltering due to the Embargo Act of 1807. Straw bonnets manufactured in Massachusetts alone in 1810 had an estimated value of more than $500,000 or over $4.7 million in today’s money. Dolley Madison honored her for this work with a complimentary note.

Comments Off on Happy Birthday to Mary Dixon Kies, the first woman to receive a patent in the US #WHM15 #WomensHistoryMonth