How a Former Nuclear Missileer Made a Color-Changing Petunia 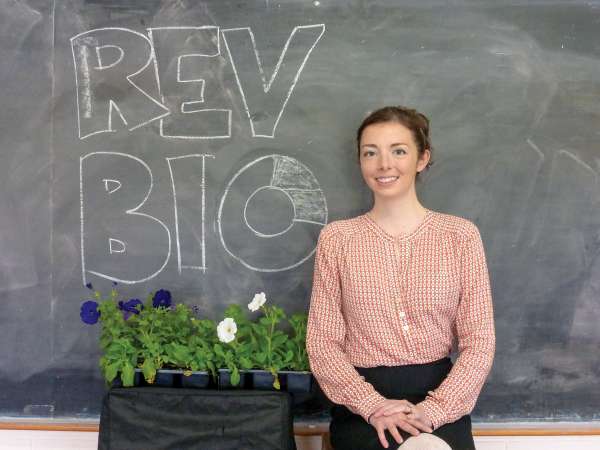 From 2005 to 2008, Keira Havens could have started World War III just by turning a key. As a missileer in the United States Air Force 90th Missile Wing, she manned a console that was linked to a battery of nuclear weapons and sealed behind an eight-ton steel door in a concrete bunker 60 feet beneath a missile field.

But Havens’s true interests lay outside the military, with its rigid checklists and strict protocols. By the end of three years, Havens, who has a degree in molecular biology, was ready for a change. “I was interested in doing something on my own,” she says, “answering new questions instead of just reciting things that I had learned.” She joined a University of Colorado biotechnology lab that was genetically engineering plants to change color in the presence of explosives. “One goal was to replace the TSA in airports with a jungle of living sensors,” Havens says.

After this experience, Havens struck out on her own, founding biotech company Revolution Bioengineering last year. With Dutch colleagues, Havens began work on a color-changing petunia, which turns from red to white when watered with a chemical trigger. Eventually, she plans to engineer blossoms that change color throughout the day—hot pink in the morning, deep purple in the afternoon.