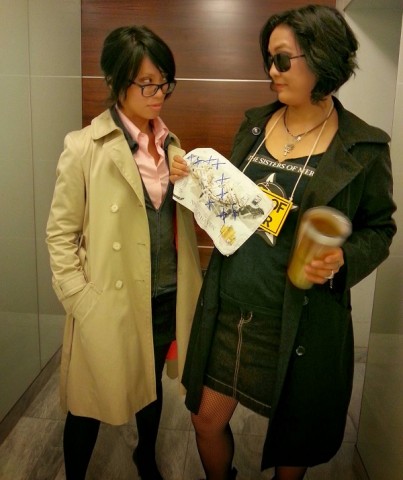 I’ve stumbled across a few new to me costumes recently, and this Gary King cosplay from The World’s End is one of them. It’s a fantastic example of a creative costume that can be made inexpensively. The World’s End is the third film in the Three Flavours Cornetto trilogy and stars Simon Pegg as Gary King. Kimberly decided to cosplay as the character for New York Comic Con in 2013. He wears an entirely black costume consisting of a t-shirt, pants, a trench coat, and fingerless gloves. For reference: 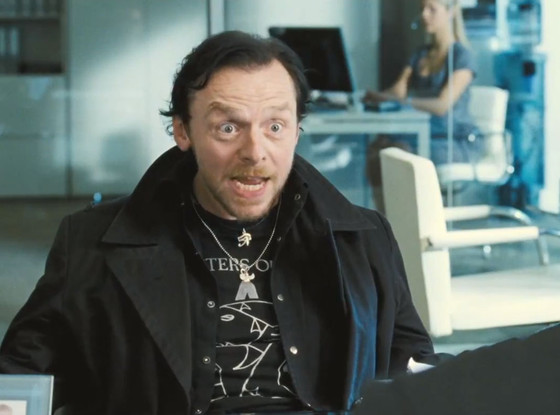 Kimberly decided to make a couple modifications. She wore a skirt and made a wearable Out of Order sign because King steals one in the film. She studied the necklaces King wore and tracked down charms so she could make replicas. And rather than buying a Sisters of Mercy t-shirt, she made her own using a dark t-shirt transfer.

She added accessories to complete the look. Since the film is about a group of friends going on an intense pub crawl called the Golden Mile, Kimberly found an image of the Newton Haven pub crawl map (the film’s director, Edgar Wright, kindly posted it) and printed it. She also acquired a Tervis tumbler that looks like it’s filled with beer and carried it around at the convention. She used it for water, and hey, keeping hydrated at conventions is really important. 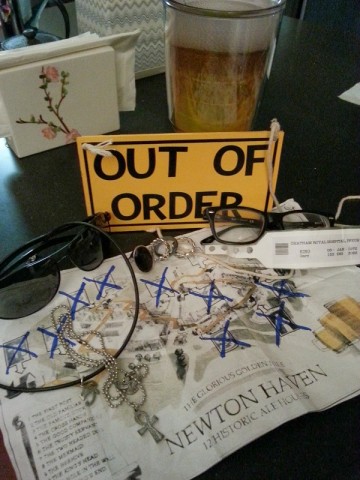 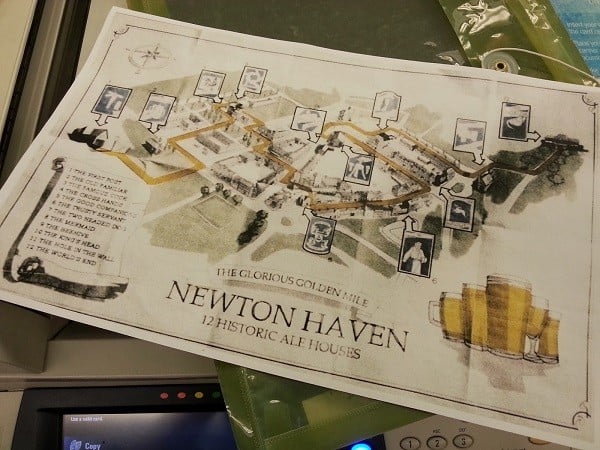 Read more about the making of the Gary King costume at Kimberly’s blog.

Comments Off on The World’s End Cosplay