How to create shoes inspired by a comet landing #ArtTuesday 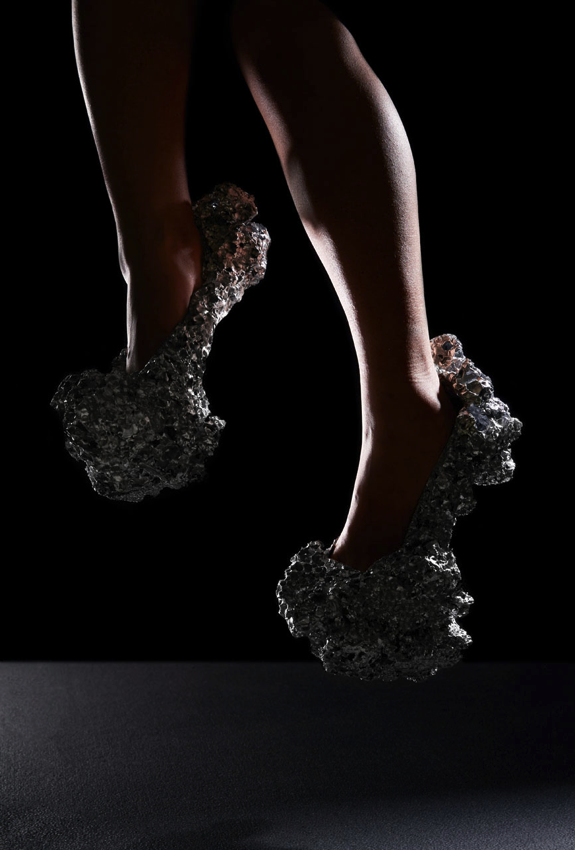 Design Milk has a really cool piece on the making of these amazing comet-inspired shoes.

We were approached by Microsoft to make a project that we have always wanted to do. It was inspired by the touchdown of the Philae lander module on Comet 67P / Churyumov–Gerasimenko by the ESA, which is something we were really excited about.

We called a geologist at the natural history museum to learn about rocks in outer space and to visit their collection, which is one of the world’s largest.

We knew we wanted to use Aluminium foam as it’s incredibly light and strong and has a great rock-like appearance. We began designing the shoe in our studio on paper and figuring out how we would combine meteorites with heels.

The museum has a lot of scans of meteorites but their scans visualize the inside of the rock as that’s what the geologists are interested in and we needed one of the outside to capture the shape on a 3d file.

Once we had the scan we could begin manipulating the rock file into a wearable shoe-like shape, the design incorporates a concealed cantilever so it didn’t require a bulky heel and could give the appearance of a large rock in zero gravity. 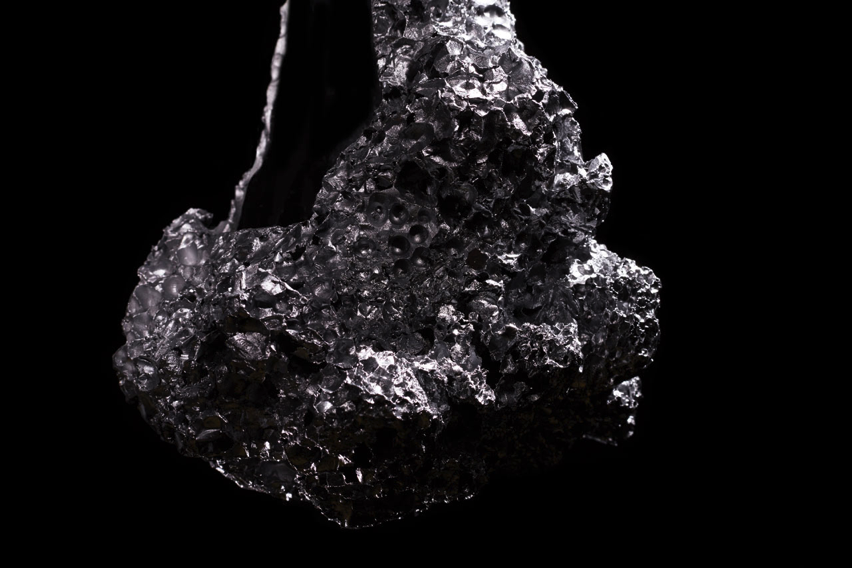