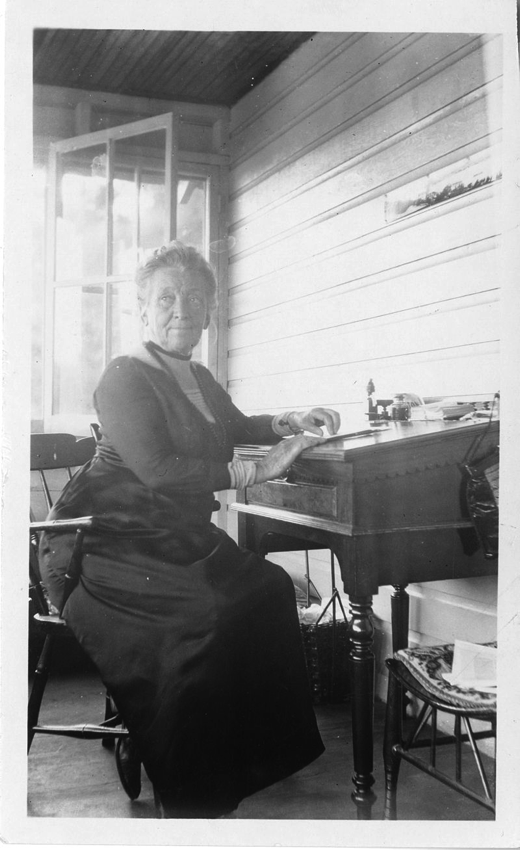 Cornelia Clapp was the first woman to receive a doctorate in biology in the U.S.

Cornelia Maria Clapp (March 17, 1849 – December 31, 1934) was an American zoologist and academic specializing in marine biology. She was born in Montague, MA, the first daughter and oldest child of two teachers, and was rated as one of the top zoologists in the United States in her lifetime.

Clapp attended Syracuse University and the University of Chicago, earning both the first and second Ph.B. degrees awarded to women in the United States, in 1888 and 1896, respectively. Mount Holyoke’s Cornelia Clapp Laboratory, built in 1924 to house the school’s biology classes, was named in her honor…

…At a time when the world of science was just opening up to women, Cornelia Clapp’s influence as a teacher was great and enduring. While she published little during her career, her major influence was to extend scientific knowledge and opportunity to women through education.

Her direct teaching manner can be felt in the experience of Louise Baird Wallace, who arrived at Mount Holyoke in 1891. Her school principal in Ohio told her: “You ought to study under Dr. Clapp. She keeps live frogs in tanks.” Of Clapp, Louise wrote, “I came, I saw; she conquered. I felt then and have felt ever since that I was never fully alive until I knew her.”

Comments Off on Female Scientist of the day: Cornelia Clapp #WHM15 #WomensHistoryMonth