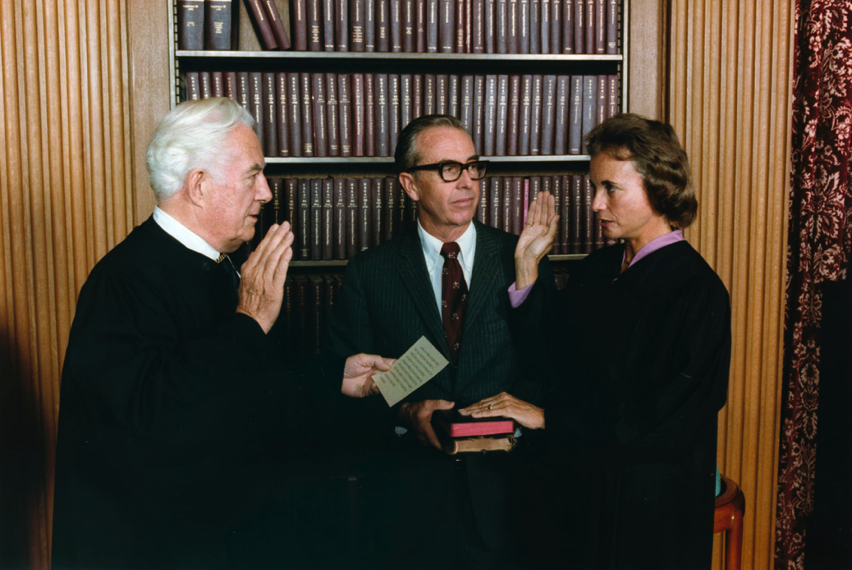 Sandra Day O’Connor (born March 26, 1930) is a retired Associate Justice of the United States Supreme Court, serving from her appointment in 1981 by Ronald Reagan until her retirement in 2006. She was the first woman to be appointed to the Court.

Prior to O’Connor’s appointment to the Court, she was an elected official and judge in Arizona serving as the first female Majority Leader in the United States as the Republican leader in the Arizona Senate. On July 1, 2005, she announced her intention to retire effective upon the confirmation of a successor. Samuel Alito was nominated to take her seat in October 2005, and joined the Court on January 31, 2006.

Considered a federalist and a moderate conservative, O’Connor tended to approach each case narrowly without arguing for sweeping precedents. She most frequently sided with the court’s conservative bloc, although in the latter years of her tenure, she was regarded as having the swing opinion in many cases. Her unanimous confirmation by the Senate in 1981 was supported by most conservatives, led by Arizona Senator Barry Goldwater, and liberals, including Massachusetts Senator Ted Kennedy and women’s rights groups like the National Organization for Women.

O’Connor was Chancellor of The College of William & Mary in Williamsburg, Virginia, and served on the board of trustees of the National Constitution Center in Philadelphia, Pennsylvania. Several publications have named O’Connor among the most powerful women in the world. On August 12, 2009, she was awarded the Presidential Medal of Freedom, the highest civilian honor of the United States, by President Barack Obama. 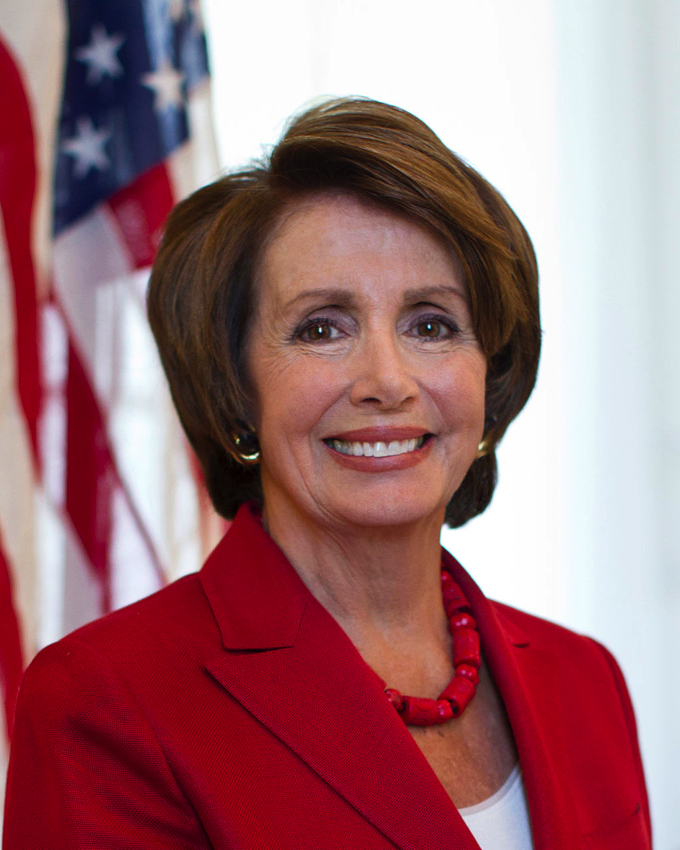 A member of the Democratic Party, Pelosi represents California’s 12th congressional district, which consists of four-fifths of the city and county of San Francisco. The district was numbered as the 5th during Pelosi’s first three terms in the House, and as the 8th from 1993 to 2013. She served as the House Minority Whip from 2002 to 2003, and was House Minority Leader from 2003 to 2007, holding the post during the 108th and 109th Congresses. Pelosi is the first woman, the first Californian and first Italian-American to lead a major party in Congress. After the Democrats took control of the House in 2007 and increased their majority in 2009, Pelosi was elected Speaker of the House for the 110th and 111th Congresses.

On November 17, 2010, Pelosi was elected as the Democratic Leader by House Democrats and therefore the Minority Leader in the Republican-controlled House for the 112th Congress.