Gaming via dueling pianos. via makerflux

Picture the scene if you can. You love playing computer games, but you love playing the piano too. You have a full-time job so spare time to carry out these activities are limited, and you constantly have to choose between one or the other. Wouldn’t it be nice if you didn’t have to pick?

Over at Foobarflies, software engineers Eric and Cyril have created an astonishing piece of technology, which literally is, music to your ears. They managed to transform two classical pianos into PlayStation 2 controllers.

They did this by using custom analogue piezo triggers, Raspberry Pi B+ and Arduino Uno’s, and created a specific Python3 firmware to map a classical playing style for their game of choice.

Their game of choice was Street Fighter Alpha 3, and the firmware was mapped to include combos, plus a variation of other moves.

They’ve called their creation the Pianette or “Sound Fighter” and it’s awesome! It was originally pitched as a concept for the reopening of the Maison de la Radio, French’s principal and historical radio building situated in the heart of Paris. 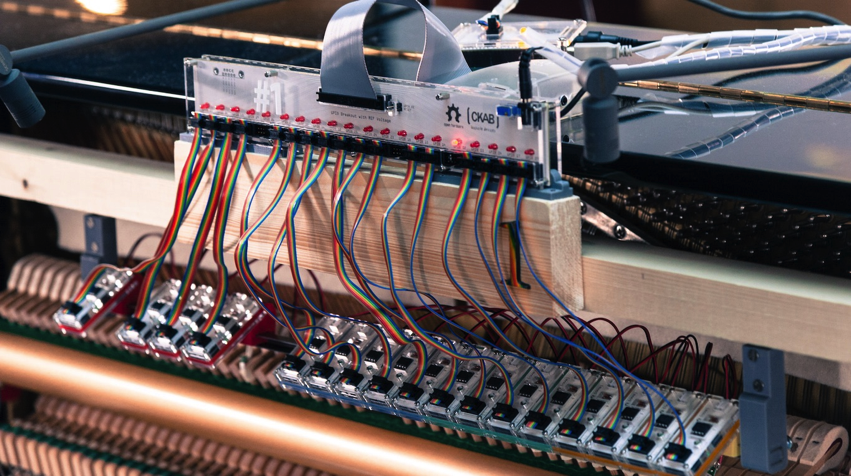 Their concept was accepted, and the guys were then tasked with making their idea a reality. They wanted to reignite people’s interest in classic music, but they wanted to do it in a fun and interesting way.

So they set to work designing, and working out exactly how they would set it up, what style piano they would use, what components would be best to use alongside an Arduino and a Raspberry Pi, and which game and console would be easiest to implement into their project.

Eventually they decided on a PlayStation 2, as it had reasonably “high definition” versions of their chosen game, Street Fighter, and seeing as the game was going to be shown on a large screen, a good resolution was a must-have.

The project was on a tight schedule, with the concept accepted on the 1st of October and completion necessary before the 14/16th of November, meaning there wasn’t much time to pick out the components to be used, and actually get it working.

As well as getting the console, piano-style and electronics right in such a short amount of time, the key-strokes on the piano had to be shortened too, after all, beat-them-up games on consoles require some quick button presses…or in my case a form of the traditional “button-bashing” technique where any button would do!

Comments Off on Classic Gaming Using A Classical Piano