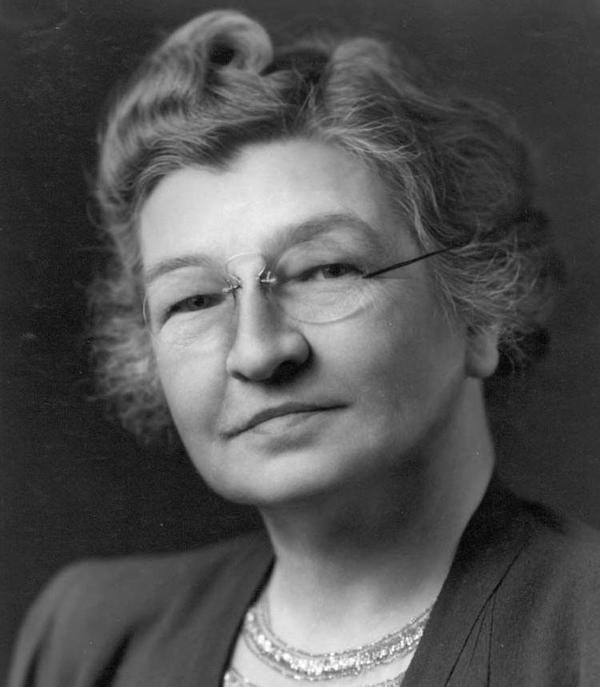 Edith Clarke was born February 10, 1883, in Howard County, Maryland to John Ridgely Clarke and Susan Dorsey Owings, one of nine children. After being orphaned at age 12, she was raised by her older sister. She used her inheritance to study mathematics and astronomy at Vassar College, where she graduated in 1908.

After college, Clarke taught mathematics and physics at a private school in San Francisco and at Marshall College. She then spent some time studying civil engineering at the University of Wisconsin–Madison, but left to become a “computer” at AT&T in 1912. She computed for George Campbell, who applied mathematical methods to the problems of long-distance electrical transmissions. While at AT&T, she studied electrical engineering at Columbia University by night.

In 1918, Clarke enrolled at the Massachusetts Institute of Technology, and the following year she became the first woman to earn an M.S. in electrical engineering from MIT.

Unable to find work as an engineer, she went to work for General Electric as a supervisor of computers in the Turbine Engineering Department. In her spare time, she invented the Clarke calculator, a simple graphical device that solved equations involving electric current, voltage and impedance in power transmission lines. The device could solve line equations involving hyperbolic functions ten times faster than previous methods. She filed a patent for the calculator in 1921 and it was granted in 1925.

In 1921, still unable to obtain a position as an engineer, she left GE to teach physics at the Constantinople Women’s College in Turkey. The next year, she was re-hired by GE as an electrical engineer in the Central Station Engineering Department. Clarke retired from General Electric in 1945.

Her background in mathematics helped her achieve fame in her field. On February 8, 1926, as the first woman to deliver a paper at the American Institute of Electrical Engineers’ annual meeting, she showed the use of hyperbolic functions for calculating the maximum power that a line could carry without instability. Two of her later papers won awards from the AIEE: the Best Regional Paper Prize in 1932 and the Best National Paper Prize in 1941.

In 1943, Edith Clarke wrote an influential textbook in the field of power engineering, Circuit Analysis of A-C Power Systems, based on her notes for lectures to GE engineers.

In an interview with the Daily Texan on March 14, 1948, Clarke observed: “There is no demand for women engineers, as such, as there are for women doctors; but there’s always a demand for anyone who can do a good piece of work.”

In 2015, Clarke was posthumously inducted into the National Inventors Hall of Fame.