In Progress Family Cosplay for How to Train Your Dragon 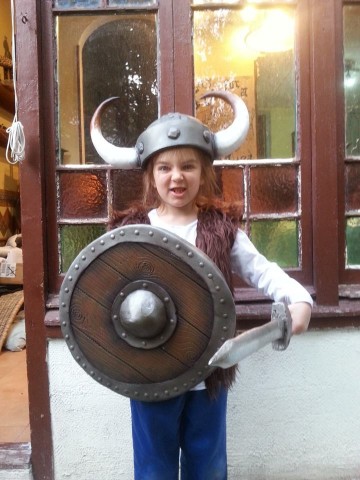 The Stubbington family bonds by cosplaying together. The family of 4, also known as Family of 4 Cosplay, dressed as characters from League of Legends, Star Wars, Studio Ghibli, Disney, and much more. They craft all of their own costumes whether the build involves sewing, makeup, casting, sculpting – you name it, they’ve probably done it. They’re working on How to Train Dragon costumes for Salon del Comics 2015; Ian will be Stoic, Anam will be Valka, Fay will be Astrid, and Lily will be Hiccup. Lily models part of her costume above.

I can’t imagine how much work it must be to gather supplies and then make costumes for four different people who are four different sizes, but the Stubbingtons don’t seem to mind. This project alone has involved making Stoic’s massive beard (it’s one beard wig, one regular wig of the same color, and a wig in a different shade), crafting tons of skulls and spikes for Astrid’s skirt, making Stoic’s scale mail armor, crafting wooden shields, and making the helmets. You can see a few in progress pictures below. 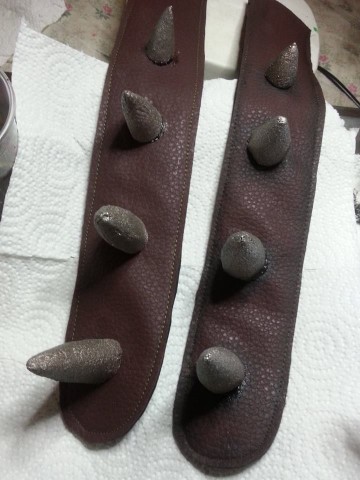 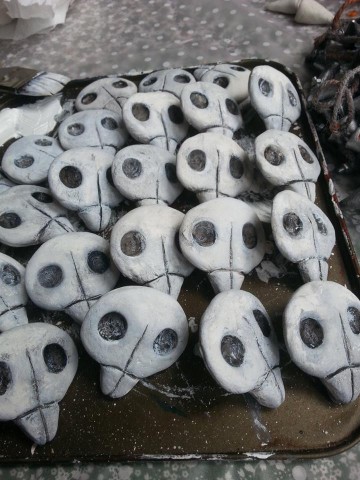 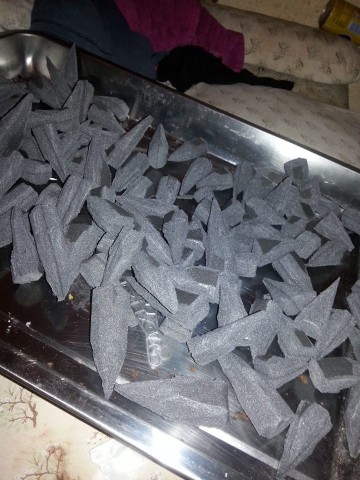 Keep tabs on how these costumes come together on Facebook.

Filed under: cosplay, costuming —
Tags: family of 4 cosplay, how to train your dragon — by Amy Ratcliffe