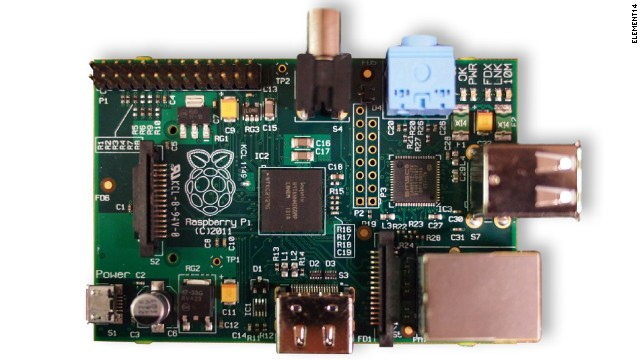 Since launching in 2012 the Raspberry Pi has fundamentally changed the way computer science is taught. More than five million of the credit card-sized computers have been used by schools around the world to teach the principles of computer hardware and circuitry, while encouraging students to build their own electronics.

At the third annual PA Raspberry Pi Competition, held this week at London’s Science Museum, the full potential of the device was put to the test by teams of students challenged to create something that could “make the world a better place”.

Among the dozen entries were a robot dog that uses voice commands to encourage its owner to keep fit, a posture sensor that aims to alleviate back pain, and a system that allows computer users to control the mouse using only their eyes.

“The Raspberry Pi is used in schools because there’s a huge amount of support and it’s really easy to interface absolutely anything with,” Matt Lees, from PA Consulting Group, told IBTimes UK.

“I think it’s fantastic. I had that when I was little with Spectrums and Omegas – it’s very hard with modern computers, so having something like the Raspberry Pi that’s really easy to use and they can see stuff happen. It’s really useful.”

Winner of the first category, and one of the most popular entries among the other contestants, was the robot dog. Handmade with papier mâché, Bolt the dog was programmed through the Pi to blurt out motivational phrases like “do 20 star jumps”.

“It motivates you to exercise and go outdoors,” one of the pupils from William Law Primary School told IBTimes UK.

“It’s better than a normal dog because it’s mixed with robotics and dogs. Hopefully people will use it to go outside with and exercise, and play with inside.”