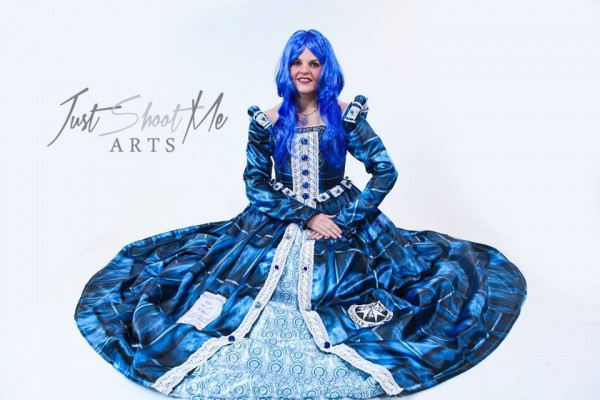 There’s no wrong way to cosplay. You can make a replica of an outfit you see in media or merely pull inspiration from it. Blundergirl Whovian took a unique approach to becoming the TARDIS from Doctor Who. Rather than make a blue gown with a few panels or a sash to resemble the spaceship, she used fabric printed to look like the TARDIS. She used that with fabric covered in Gallifreyan symbols to create an elegant, Victorian style gown. She explains:

After the Second Doctor revealed his location to the Time Lords (from whom he was “wanted”) in order to save the planet, he was put on trial and convicted. As a punishment, the Doctor was forced to regenerate into his Third form, and exiled to the Earth for a period of time. His beloved TARDIS, his longest-running companion, time machine, and friend, was disabled by the Time Lords and the Doctor spends a good amount of time trying to fix her!

I wanted to do a TARDIS creation for a long time and this seemed like a great place to plug it in. In this costume interpretation, the TARDIS has been transported to the 16th century! This renaissance-inspired recreation of the time machine is completely handmade and took a month and a half to create. The costume features an underskirt printed with the ancient language of Gallifrey (the Doctor’s home planet), a traditional bum roll, and an overdress accented with the iconic symbols of the police box. 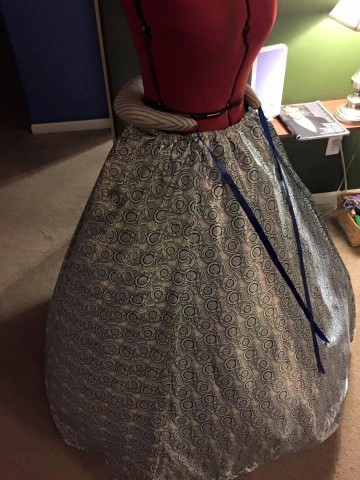 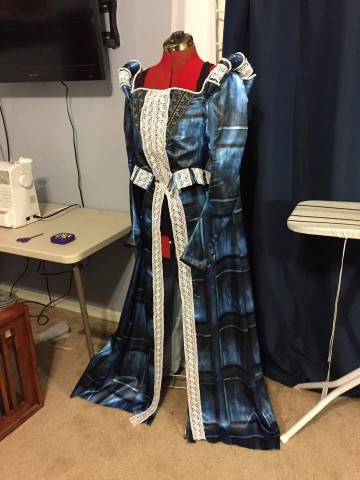 via Cosplay Blog, top photo by Just Shoot Me Arts

Comments Off on Renaissance TARDIS Dress