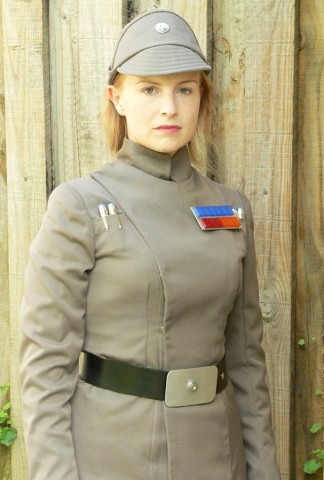 The Star Wars universe extends far beyond the six films and the two animated television series. Other characters and stories exist in Legends, formerly known as the Expanded Universe. Natasi Daala is one of those characters. She was the first human female in Legends to attain the rank of Imperial Admiral. Cosplayer Michaela de Bruce made a costume based on descriptions of the character and a few images. She created the ensemble in 2009, but the techniques are still relevant.

The project was her first modern tailoring project. She started by examining the Imperial uniforms seen in the original trilogy:

The original movie uniforms used 20thC tailoring techniques used in military uniforms and civilian suits. What they did not have was a single example of a women’s garment. So I had to work out where to alter the seams to not just allow for the curves of a female body but also for what those alterations do to the stretch of seams and thus the surface and support of the garment. There is a single shot of a woman in a uniform heavily based on the originals in the prequels- to show the fastenings are on the same side for women as well as men. It is a close up so not much else can be determined.
The fabric is a viscose polyester mix and to counter this I lined it in a soft but smooth linen.

She started with patterning and then pieced things together. The pattern was made from muslin and she used a duct tape double and then a mannequin to test the fitting. She even made the hat. She fused felt to the visor portion to get the right stiffness and covered the felt with more fabric. I’m impressed. She deserves to be an admiral. Plus, she posted helpful photos that illustrate every step. 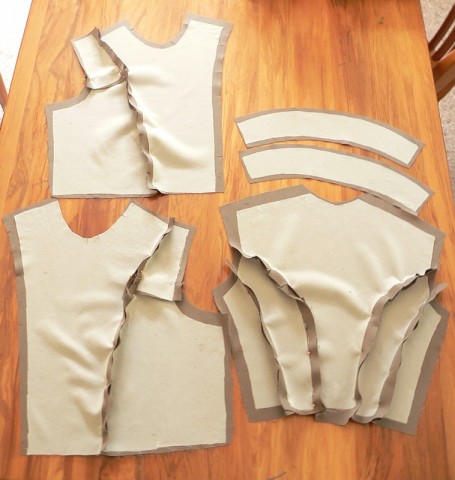