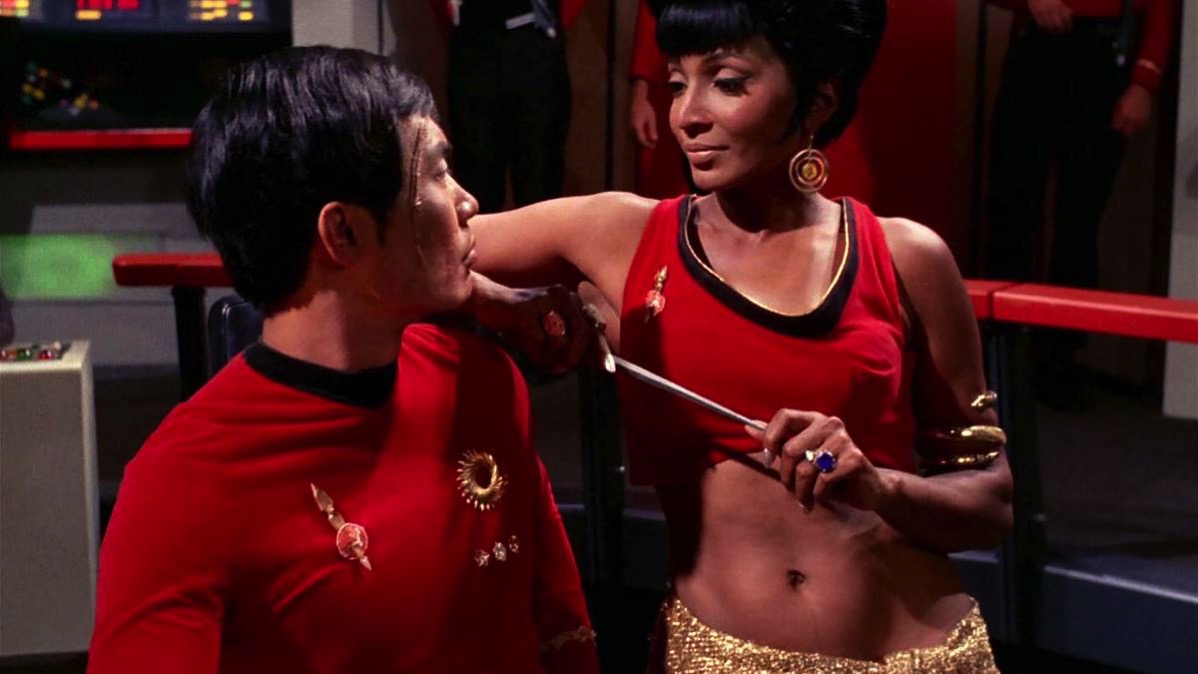 In 1967, one of Star Trek’s most iconic episodes “Mirror, Mirror” aired during season two of the original series. A transporter malfunction brought Captain Kirk, Dr. McCoy, Lieutenant Uhura, and Chief Engineer Scotty to a different universe where viewers saw what looked like the familiar starship Enterprise and her crew until some key differences were revealed. Beloved characters had harsh, often evil counterparts distinguished not just by their opposite personalities but changes in appearance that included Spock’s alternate famously sporting a goatee.

The episode was the first time fans were introduced to this Mirror Universe where the Federation was nonexistent and in its place was an Empire. The original series would not return there once the characters safely made their way back to their Enterprise, but it would be far from the last time it would be explored in the franchise.