NASA Posts A Library Of Space Sounds, And You’re Free To Use Them! 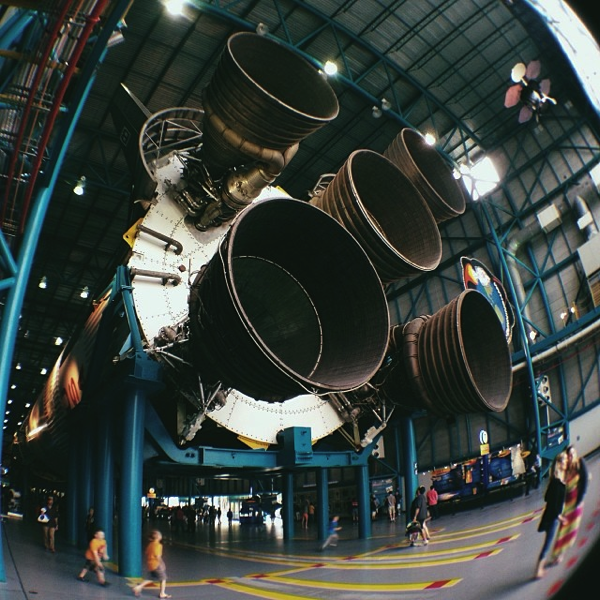 The sounds of space are free for all. via createddigitalmusic

Space is the place. Again.

And SoundCloud is now a place you can find sounds from the US government space agency, NASA. In addition to the requisite vocal clips (“Houston, we’ve had a problem” and “The Eagle has landed”), you get a lot more. There are rocket sounds, the chirps of satellites and equipment, lightning on Jupiter, interstellar plasma and radio emissions. And in one nod to humanity, and not just American humanity, there’s the Soviet satellite Sputnik (among many projects that are international in nature).
Many of these sounds were available before; I’ve actually used a number of them in my own music. But putting them on SoundCloud makes them much easier to browse and find, and there are download links. Have a listen below.

Another thing: you’re free to use all of these sounds as you wish, because NASA’s own audio isn’t copyrighted. It’s meant to be a public service to the American people of their taxpayer-funded government program, but that extends to everyone. There are some restrictions – not everything NASA publishes is covered by the same license, though it appears to be on SoundCloud. And you aren’t free to use NASA’s name or logo or imply commercial endorsement. (The Eagle didn’t land on a bag of Doritos.) But that means just about any imaginable musical application is fair game. They do ask you to list NASA as source, but that’s only reasonable. Read their content guidelines for full details.

Thanks to everyone who sent this in. If you want more, NASA centres all have archival libraries, and the agency has routinely worked with artists and composers to interpret the work they do. See also other research centers around the world. And yes, that’s my Saturn V photo at the top, because, and I’m sure this will come as a huge shock to everyone who reads this site, I’m a big nerd.

You can listen yo some space shuttle mission sounds here http://soundcloud.com/nasa/sets/space-shuttle-mission-sounds

Comments Off on NASA Posts A Library Of Space Sounds, And You’re Free To Use Them!