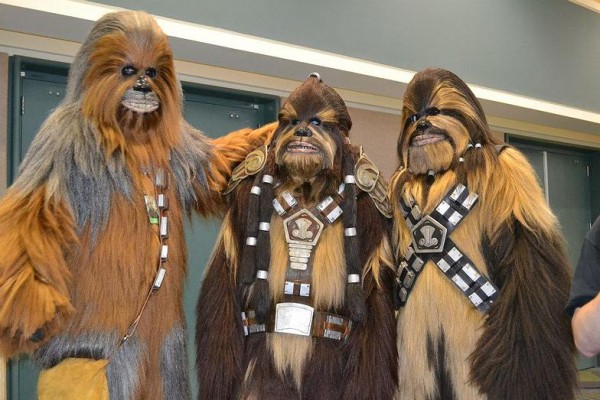 Wookiees in Star Wars have quite the imposing presence. Chewbacca and other Wookiees seen in Revenge of the Sith are tall, fierce, and covered in fur. It’s a ton of work for a cosplayer to make a Wookiee costume and not much less work just for them to wear it. The cosplayer will have to put on stilts and deal with being inside a fur suit. It’s not a costume for someone who doesn’t like to be warm. But for those who have what it takes to become a Wookiee, there’s The Wookiee Workshop.

The Florida-based group started when the Rebel Legion base in the state got its first Wookiee costume. Jason Rucci wanted to dress like a Wookiee but soon learned it was a challenging process:

Jason immediately began discussions with Marc Brugger on how to create such a costume. Marc whom was pretty much a jack of all trades, began to experiment with ideas on how to build the costume. He had already learned and mastered latch hooking and sewing, but the stilt portion evaded him. Many trial concepts were derived. One concept was using roller blades. The wheels were removed and an aluminum square frame was built and inserted into the wheel tracks. Needless to say they were heavy, uncomfortable, and not very balanced. Another idea that was tried was a singular steel pole with a pivoting ankle and foot. This was more disastrous than the squared frames.

Soon Jason stumbled upon the “buckets” that we use today and he was off. He had just constructed his stilts and started the assembly when, sadly, Marc passed away. Marc was the inspiration for Tarfful in the first place. Marc thought it would fit Jason better since he was a bigger guy and Tarfful was a big Wookiee. So Jason continued to build his suit. The first head was a purchased kit that was modified extensively to fit Jason’s face. The armor, suit and everything else was a one off original.

Shad Thomas soon joined Jason’s Wookiee enthusiasm, and they both realized there was a void in costuming resources. All the various parts Wookiee costumes have – armor, fur, stilts, etc. – are challenging to build and there weren’t a ton of resources. They founded The Wookiee Workshop to help others do Wookiee costumes right and to that end have posted tutorials explaining the cost of making a Wookiee costume, making Wookiee feet, and more. 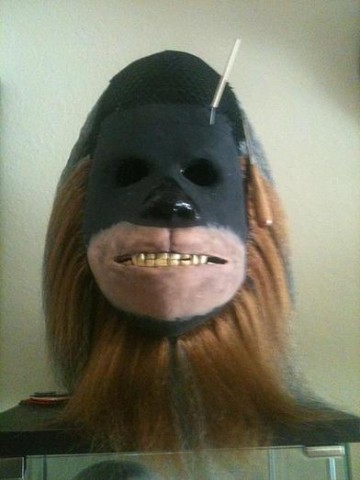 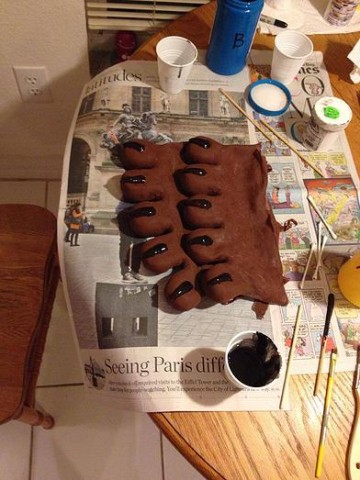 Visit The Wookiee Workshop to see more Wookiee build pictures and to keep up with their latest tutorials.

Photos via The Wookiee Workshop

Comments Off on Making a Wookiee Costume