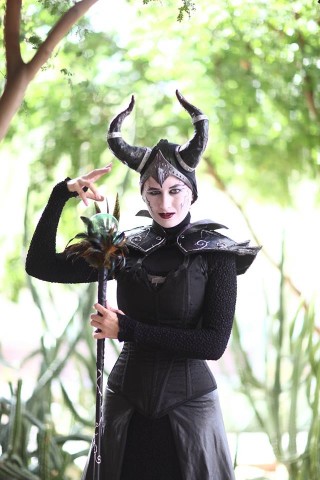 When you see cosplay at a convention or online, it’s often a replica or inspired by something a character from pop culture wears – from a comic, game, television series, etc. People often choose costumes that emulate a character or franchise they love. But there’s another way to approach that too. Take what you see in a franchise such as Star Wars, for example, and remix it to create your own ideas and character designs. You can still come with an original character that will be recognized as being part of a given universe, if that makes sense.

Courtney Leigh Creations has several examples of this in her cosplay portfolio. She’s a professional costumer and her design skills shine in her original concepts. The top photo shows her wicked and unique take on Maleficent from Sleeping Beauty. She gave the sorceress more of an armored look with the dramatic collar and more helm-like horns. She managed to make the character appear scarier.

The two photos below showcase Courtney’s Star Wars original characters. The first is a Togruta Sith named Darth Moros. She pulled inspiration from existing Togruta in the Star Wars universe (Ahsoka Tano and Shaak Ti) but made a character all her own. She did the same with her red Twi’lek Sinya Rutien. Bonus: Keep scrolling to watch a video showing how Courtney did her Twi’lek makeup. 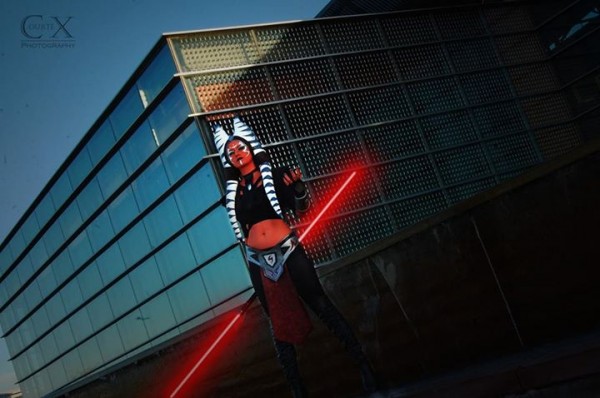 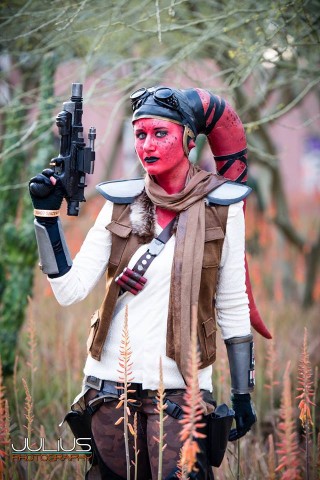