The New Lucid Hardware Description Language and the Mojo IDE 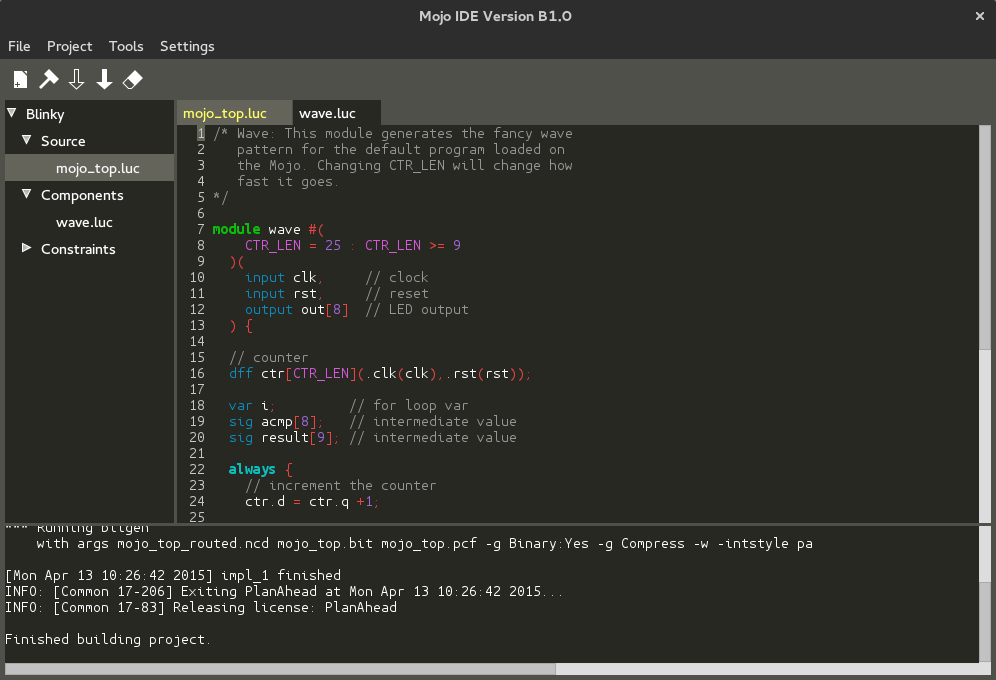 Embedded Micro is all about making technology more accessible. We want FPGAs to be as easy to use as possible so anyone wanting to learn how to use one can without having outside training. After working with FPGAs for a while and talking to people who have been working with them far longer, the general consensus is that the tools are very poor. This is what we are trying to improve with the IDE. However, having a nice IDE is only half the battle. The other half is the language you are writing. Verilog and VHDL are both very cumbersome languages. They often require you to write the same or similar code in multiple places and don’t allow for concise ways to instantiate basic primitives such as flip-flops. This is really because they weren’t designed to be used with FPGAs but rather focused on simulations. Because of this, we knew we could do better so we created Lucid, a new hardware description language.

Filed under: fpga — by Tyler Cooper