I discovered this slick watch on Twitter and tracked down its maker, Alessandro Matera, to learn more. Alessandro was actually inspired by the Solder Time II watch. He was looking for something different and could only find segment LED styles.

I saw your Solder Time II Watch and I liked it very much! So, I decided to make a smaller one with all the LEDs around that uses Arduino for directly manage the 32.768KHz crystal without using the RTC chip. 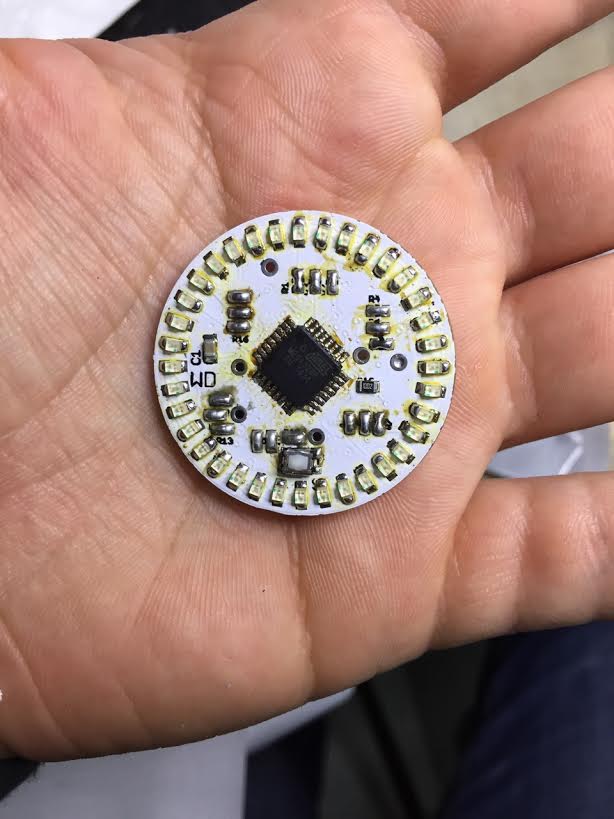 I really like how the little LEDs show the time–its the perfect solution for someone looking for a modern watch. According to Alessandro, the tricky parts in making this watch were dealing with the crystal to get accurate time and also multiplexing the LEDs. He’s accomplished a lot in a small space, and you can check out the build of his tiny watch here.

Alessandro knew he wanted his watch to have a nice holder, so he took advantage of a 3D printer at his FabLab in Catania, Italy. For now the watch is not very protected, so he wants to create an opaque plexiglass for the top, and also print a holder that will allow for a standard sized watch band. 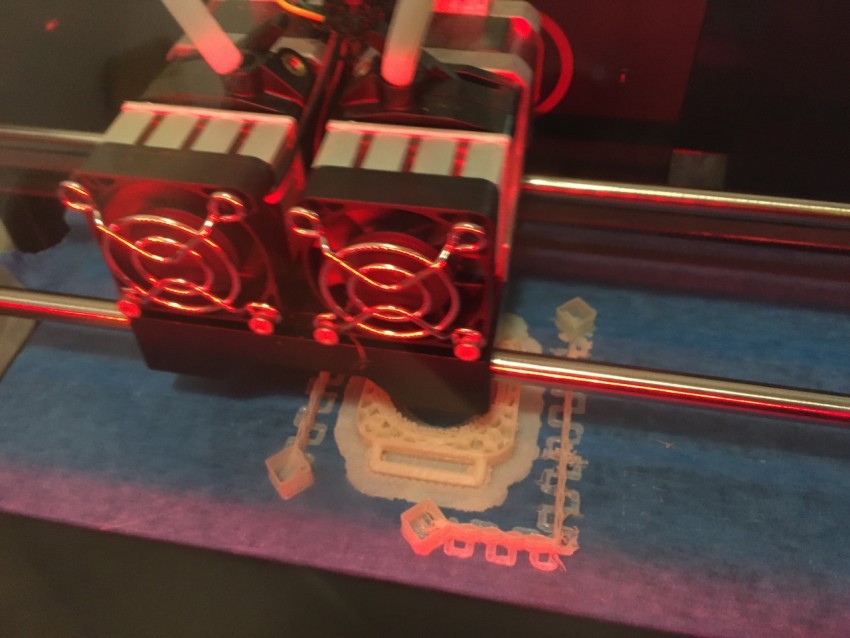 As with any small project, you have to worry about battery size and consumption. Here’s something funny that Alessandro discovered with his watch.

At the beginning, I had to change the CR2032 battery every day, even if the watch goes in power save when not in use. I was going crazy! After checking and checking again the code, I’ve found that I’ve inserted the power save instruction in the wrong place and the watch never went in power save!

I know that usually around 3:00 AM those are the kind of mistakes I find in my code. It’s always a happy ending when you find out you can cut down on the number of times you change a battery. 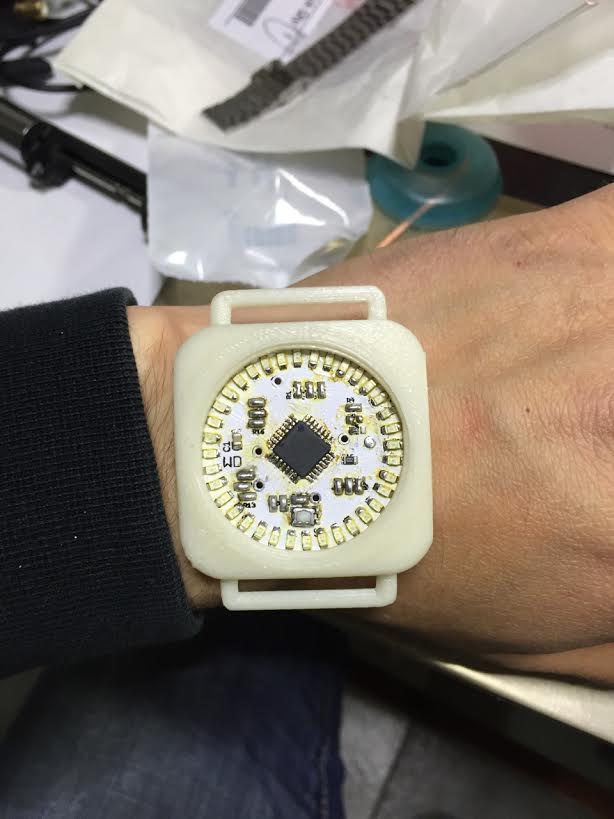 Alessandro seems very content with his watch, and the only other improvements he wants to make are shifting the programming to FTDI and changing the button to a touch sensor. When I asked him about his work with electronics, he said, “I like the fact that with a little effort, you can make anything you want!” He’s so right. Even if you don’t have a 3D printer, you can still have a fun watch. Just get the Solder Time 2 Watch Kit and you’ll have some circular fun on your wrist. This is a hackable watch using Arduino and you can even have scrolling messages. Go crazy. 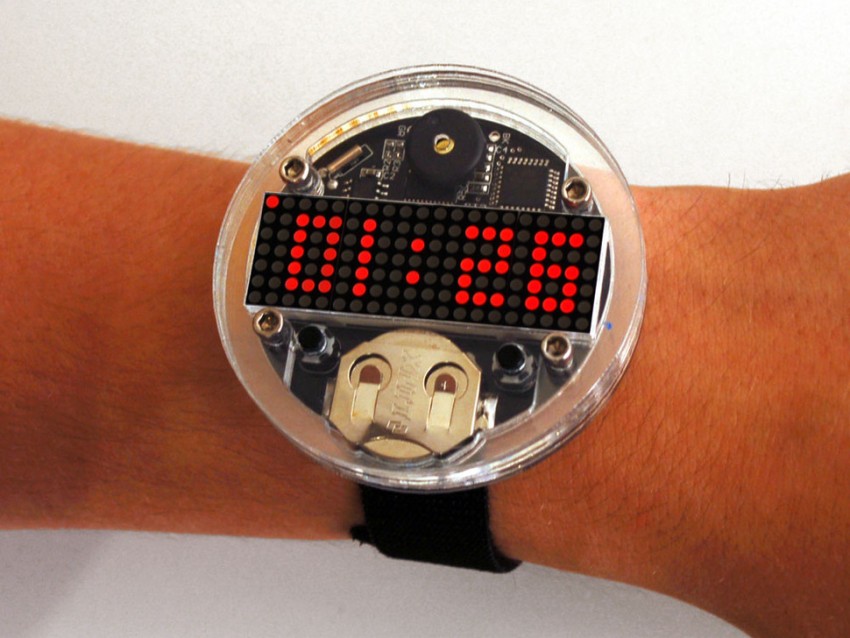