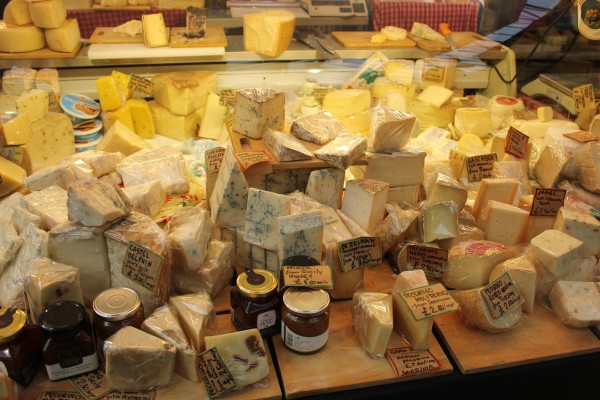 Wired has an interesting article about the biohackerspace Counter Culture Labs and their project to build cheese without using any animal products.  They’re attempting this seemingly impossible feat by genetically engineering yeast to produce the same protein as milk and cheese.  The yeast will actually produce cheese that’s identical to what you would create from animal milk, but because no animals are involved it’s actually vegan!  Check out the article for more details and a great overview of other biohacking projects:

That’s the name of the project: Real Vegan Cheese. These hackers want cheese that tastes like the real thing, but they don’t want it coming from an animal. Abandoning real cheese is one of the hardest sacrifices vegans must make, says one member of the group, Benjamin Rupert, a chemist by training and a vegan for the past decade. With Real Vegan Cheese, they won’t have to. “What we’re making is identical to the animal protein,” he says. “You’re not giving anything up, really.”

This may sound strange, silly, and more than a little far-fetched. But it’s real. We’ve reached the point where hacking DNA is neither technically difficult nor terribly expensive. Sequencing a human genome used to cost billions of dollars. Now, it costs a few thousand. The same Moore’s law-type effect has dramatically cut the cost of “writing” genes. Ordering snippets of custom DNA with letter-by-letter precision is as simple as filling out an online form, and the cost is less than 25 cents per base pair—a price that puts the genes for making quasi-cow’s milk within reach of hobbyists.

Cow Milk Without the Cow Is Coming to Change Food Forever

Filed under: biohacking — by Tony DiCola