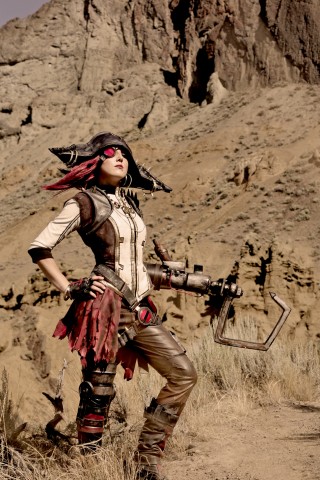 Some cosplayers really impress me with their versatility, and Tarah-Rex is one of them. She’s made and dressed as everything from a stunning Elsa costume, to Lara Croft, to a killer Captain Scarlett from Borderlands 2. She pays attention to every last detail and especially knocks it out of the park when it comes to weathering. I talked to her about those weathering skills, her cosplay history, and more.

Adafruit: How many years have you been cosplaying, and which costume was your first?

Tarah-Rex: I’ve been cosplaying for about three years now. My first cosplay was Lilith from Borderlands 1, and I started working on her in January of 2012. I have known about cosplay and known many people in the community since I was in high school, but because I didn’t know how to sew I never really explored it as a creative outlet. After several of my friends told me I looked a lot like Lilith, I decided to jump in head first and give cosplay a shot. At the time I told myself it would just be the one costume, but that ended up being the biggest lie I could have ever told myself. Ha!

Adafruit: You have several complex costumes in your portfolio; which one took the longest to build and what was the most time consuming part?

Tarah-Rex: It’s hard to say which one took the longest. Technically Lilith did because I didn’t have a clue what I was doing (it took 7-8 months total). In hindsight though I could probably remake her substantially faster. I’d say the most time consuming costume I’ve made would be Captain Scarlett. I actually gave up on her for a few months because I thought I had committed myself beyond my skills. A friend of mine gave me renewed purpose and I picked Scarlett back up again. Figuring out how to make all her mechanical parts and also make them look believable was extremely challenging. Beyond that, her wig was an entirely new avenue for me and I’m pretty sure I started it over at least five times with many tears in between. I’m still unhappy with it to this day, but it was a good learning experience. 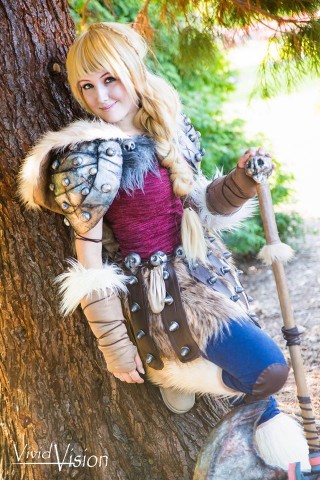 Adafruit: You do a wonderful job weathering clothing and props. What are some of the techniques and tools you use?

Tarah-Rex: For the most part I use a Dremel tool for dents and scratches, and various acrylic paints for colour and tarnishing effects. I don’t have a specific weathering method, I just think about the character and their story, how they would most likely be weathered, and go from there. Someone like Scarlett, for example, would be put together a little rough, so I used hot glue on all the metal “seams” to look like weld lines. Elbows and knees are almost always worn out so I lightly sand them and then dry brush a faded looking colour similar to the fabric to make it look worn. Astrid has probably been scratched a few times by dragon claws (by accident of course) and she seems to be around water a lot, so I put deep gouges into her pauldrons and then filled them with a metallic rust colour. Sometimes I will throw sand or salt into the paint to give it a rough texture as well, and I have been known to beat fabric with rocks and scissors. 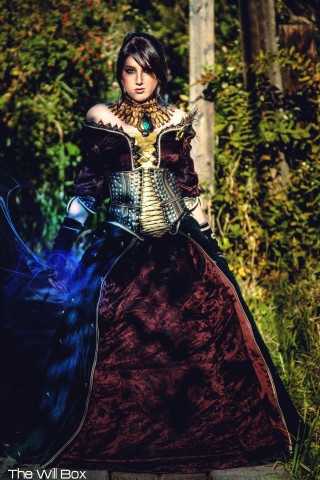 Photo by The Will Box

Adafruit: What new skills have you had to learn because of cosplay?

Tarah-Rex: Hah! What haven’t I learned? I have learned to sew (that’s a big one). I’ve learned to use foam, I have used Worbla, I’ve learned to utilize hot glue and paint in ways I never even imagined before. I’ve always been an “outside the box” thinker, but cosplay really challenges that and I love it. I’ve also learned to style wigs (sadly, I can’t seem to apply that logic to my own hair). It’s pretty limitless to be honest I don’t even know what I did with myself before I found cosplay.

Adafruit: What advice would you give to people who want to try cosplay?

Tarah-Rex: Do it. Don’t hold off because you think people will judge you (their opinions don’t matter anyway). Don’t hold off because you think you can’t make something “good enough” (because you rock and whatever you make will rock as well). It doesn’t have to be about being the best or being a professional, it’s about having fun and loving your hobby. For each person who thinks that what I do is strange or weird, there are at least three more people who find it fascinating and want to learn all about it.

Comments Off on Cosplay Interview with Tarah-Rex