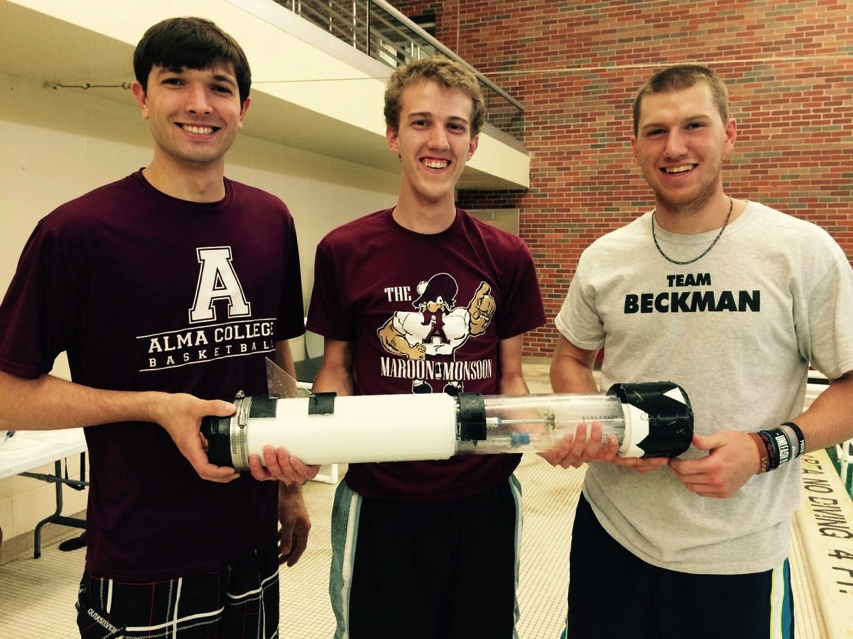 The making of and automated underwater glider. via instructables

We set out to build an underwater glider that would essentially have automated movement up and down through the water. This up and down movement was to be controlled with a ballast system created by the push and pull of various syringes. In short, the glider was to rest just above neutral buoyancy with the syringes empty, meaning it would float. Then when the motor pulled the syringes and they filled with water, the glider would dive. Once the glider reached a desired depth, the motor would push the syringes to empty them back out and the glider would rise up. To keep the glider from turning or tipping over, the glider would house an accelerometer attached to a servo holding weight. Whenever the accelerometer (and glider) became off-balanced, the weight would pivot to straighten the glider out. We also added a single, much smaller syringe so that we could obtain water samples at different depths in bodies of water for an environmental studies lab to examine.

Comments Off on Automated Underwater Glider