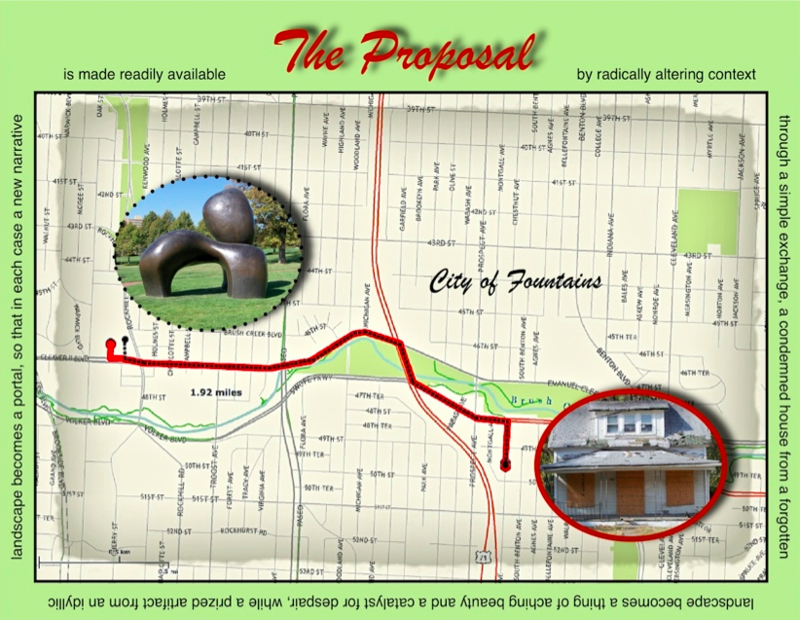 Troost Avenue is notable as a north–south street that zips through most of Kansas City. It’s notorious, though, as a bright line that divides the city racially, a border that has stood for hundreds of years. A visitor in Kansas City quickly comes to appreciate that Troost is more metaphor than motorway.

The ignominious history of Troost Avenue dates back to the time of Benoist Troost, one of the city’s founding fathers, a Dutchman who maintained a massive slave plantation in the area just east of what would become the major thoroughfare. Further, even: Troost was once an Osage Nation hunting path and canoe trail, according to The Kansas City Star.

Troost is the subject of a lot of discussion, a lot of angst, and a lot of art in Kansas City. City of Fountains, a project proposed by A. Bitterman, an artist who resides in Kansas City, would put up a permanent marker for that division. The artist proposes a swap: An exchange of one of the prized cultural treasures just west of Troost for one of the symbols of despair to be found east of the dividing line.

Specifically, A. Bitterman would shift to the east Henry Moore’s Sheep Piece (1971–72), a public sculpture at the Nelson-Atkins Museum of Art, while a vacant house would take up pride of place on the museum grounds, adjacent to the world-famous Shuttlecocks by Claes Oldenburg and Coosje van Bruggen.

A. Bitterman’s proposal isn’t new: The artist put it out there in 2011. But it stands up as one of the better examples of conceptual art that acts as social and political criticism, something sorely lacking from museum programming today. There’s no need for the museum to execute his proposal, in one sense. Here the mere observation resonates as much as the artwork.

“By radically altering context through a simple exchange, a condemned house from a forgotten landscape becomes a thing of aching beauty and a catalyst for despair, while a prized artifact from an idyllic landscape becomes a portal, so that in each case a new narrative is made readily available,” reads the pitch for the project, which takes the form of a picture postcard. 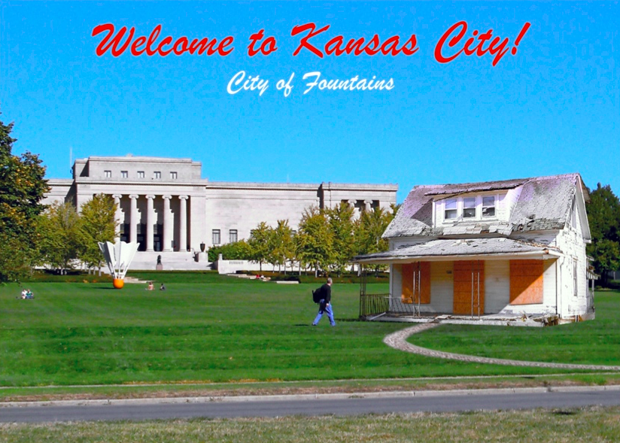