Next-Gen Robots Run, Flap, Crawl—and Talk to Each Other #Biomimicry

Grad students drew inspiration from animals to design robot s that are agile, durable, and versatile and came up with VelociRoACH and H2Bird. via alumni.berkley.edu

Each robot has unique skills and abilities, from climbing like bugs to flying like birds. These designs take advantage of new advances in electronics, making them smaller, smarter, and, ideally, able to communicate with each other. “By making the robot small, they can certainly go places that people can’t go,” Fearing says. “They can do things that may be too dangerous for people to do.” 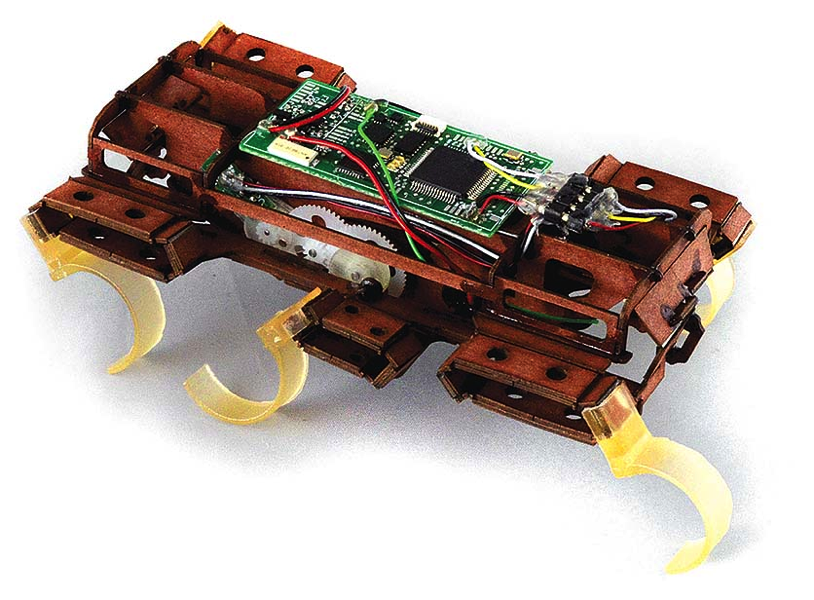 Meet VelociRoACH. This six-legged crawler, constructed mostly of cardboard, is less than four inches long and weighs just over an ounce, but can run a bit over 6 miles per hour, making it currently the fastest robot relative to its size in the world. It is the latest in a long line of robots inspired by cockroaches. “Cockroaches can run at very, very high speeds,” Fearing explains. “They can jump—some of them can climb walls with their claws,” he adds. “They have wings, they can fly … it’s a very successful animal from a locomotion point of view.” VelociRoACH is also inspired by the velociraptor, a dinosaur thought to have used its feathers and small wings to stabilize itself. Graduate student Duncan Haldane, who has been working on the VelociRoACH for nearly four years, is refining his design to make it hardier and to cut its assembly time down to 30 minutes.
VelociRoACH may dominate the land, but another of the lab’s creations takes to the skies. The H2Bird, an ornithopter, is a flapping, winged robot developed by graduate student Cameron Rose. Made from a strong but light carbon-fiber exoskeleton only 0.001 inch thick, the H2Bird weighs less than half an ounce and can hover, glide, and turn. Rose is now working to give the robot vision and make it dive like a bird, so it can swoop under obstacles. With three modes of flight, the H2Bird is more energy efficient than heavy quadcopter drones, whose rotor blades must turn constantly. Fearing says the robot’s design is a “good compromise between something like a conventional small-model aircraft which has great range and something like the rotary-winged aircraft which has great maneuverability.”
Now that “the individual robots are working pretty well,” Fearing is working on giving his robots the same sort of swarm intelligence found in social insects. “Ants are good at finding ways to get places,” he says. In a search and rescue situation, for example, a swarm of tiny robots sent into a collapsed building could look for survivors, communicating with each other as well as a larger, smarter robot. Together they could build a map of the surrounding area indicating which spaces they’ve already explored. They could also help to find the most effective routes for rescuing any victims. 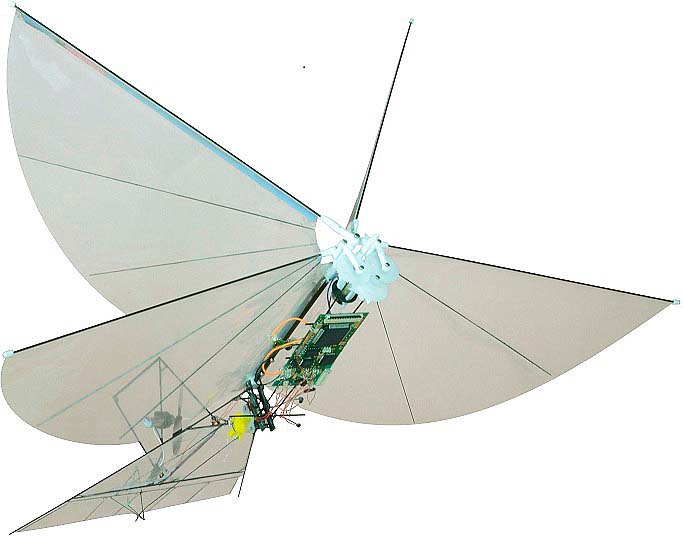 Through cooperation, the robots could play to their strengths. For example, the VelociRoACH doesn’t have much of a “brain,” but it can run swiftly over rough terrain, meaning it can guide larger, smarter, but much more expensive and clumsy robots. “If the small robot encounters something slippery,” Fearing says, “the big robot knows about it before it gets there.”
The fact that these robots are inexpensive means the team can be bolder about experimenting. “For a while we have to realize that our robots are going to fail,” says Fearing. “I’d rather have a thousand robots, $10 each and have 10 percent failure than have ten $1,000 robots and lose a robot.” There’s another benefit to the low cost: VelociRoACH may soon be available for order online with just a click—delivered by drone, of course.

Comments Off on Next-Gen Robots Run, Flap, Crawl—and Talk to Each Other #Biomimicry