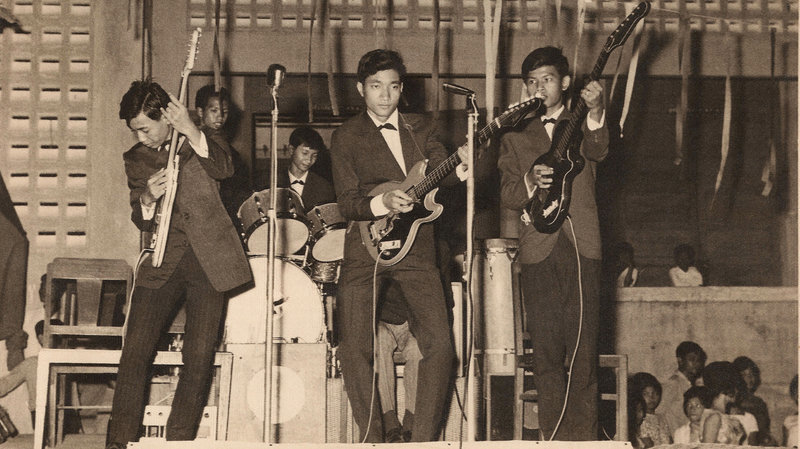 During the 20 years when pop music exploded in Cambodia, the musicians incorporated influences from around the world. They would imitate what we would call surf rock. There’s also a very surprising Afro-Cuban music trend that started to blend in, and even covers of Western artists like Santana. The sounds from other countries were constantly changing Cambodian music.

One of the most fascinating things Pirozzi discovered while making the film was the very short lag time between music coming out of the West and the Cambodian musicians’ ability to pick up on it.

“I think,” Pirozzi says, “Western music for Cambodians was something that goes back to pre-rock ‘n’ roll. I mean, there were dance halls in Phnom Penh, and big band music and crooners were very popular in the ’50s. People like Perry Como, Pat Boone, Frank Sinatra were getting into Cambodia through the elite, through the wealthy Cambodians who were being educated in France and coming back with records.”