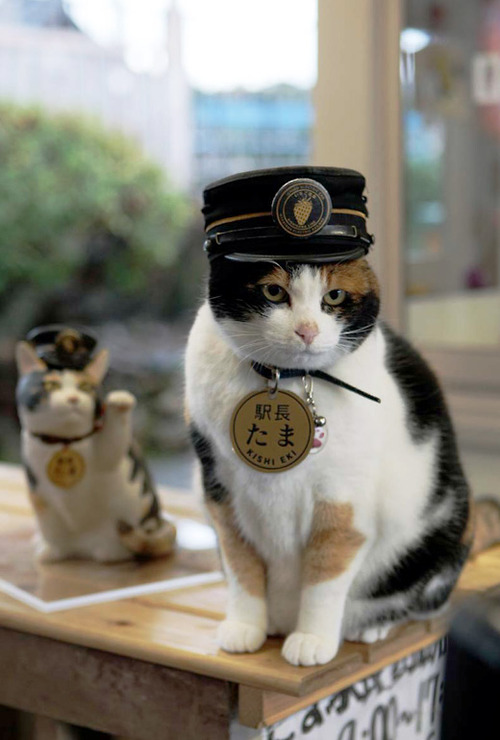 I already wanted to go to Japan – this makes me want to go even more! Via Spoon & Tamago.

In Kinokawa City (Wakayama, Japan) there’s a peculiar train station manned by Tama, a peculiar station master. And “manned” is certainly not the right word because Tama is a cat. And Kishi Station is perhaps the only station in the world where work has been outsourced to our feline friends.

The cat’s tale begins in 2003 when a small railroad company, struggling to stay afloat, was consolidated with another railroad company forming Wakayama Electric Railway. One victim of this consolidation was a small cat shelter that was eventually told to vacate the premises in order to make way for new roads leading to train stations. In 2006, the old woman who had looked after the cats approached the president of the railway after an opening ceremony with a desperate plea: to let the cats, who were now facing eviction, live inside the station.

“The moment I met eyes with Tama, I was immediately struck with an image of Tama as station master,” recalls Mitsunobu Kojima, of the sudden revelation that would come to transform his railway. Although Kojima had generally been a dog person, he saw Tama as a maneki-neko (literally, beckoning cat), a Japanese lucky charm in the motif of a cat and thought to bring good business. Tama did not disappoint.

News of the feline station master was quickly picked up by the press and spread like wildfire. A train line that had been seeing annual decreases in ridership by over 5% suddenly saw a 10% jump in just the first year. The following year in 2008 an article published by Sankei News estimated that an increase in ridership, revenue from memorabilia like photobooks, commercial appearances, as well as a tourism boom was responsible for a combined economic impact of 1.1 billion yen.

For her hard work and dedication, in 2008 Tama was promoted to Super Station Master. She was given a brand new window office, a hat with gold lining and a badge. Tama’s annual compensation package includes 1 years’ worth of cat food. 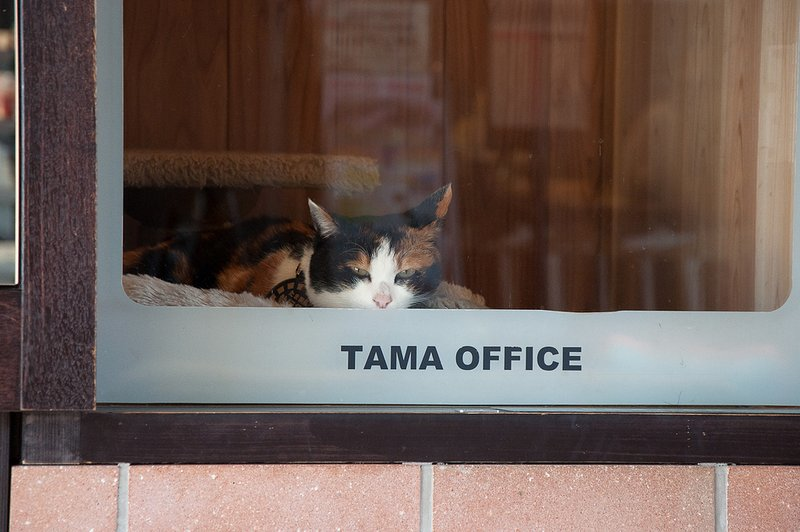